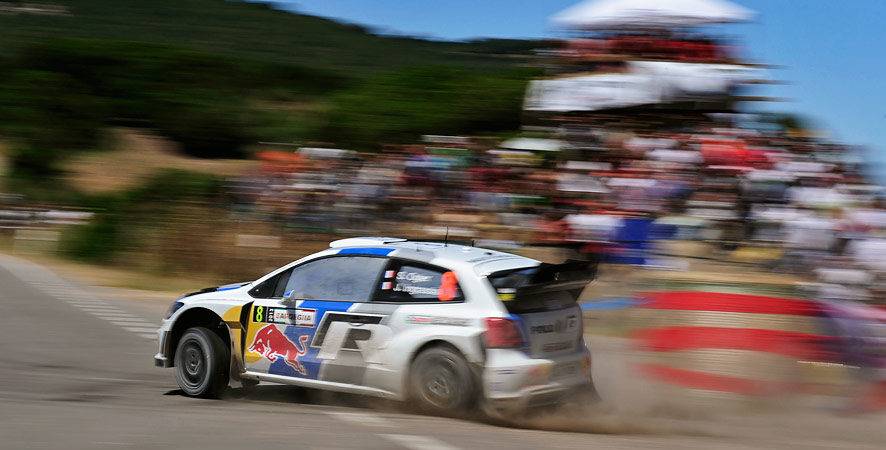 Plenty of action, tons of it, and it all happened in a single day of Rally d’Italia Sardegna today. Even though it does sound like playing a broken record by now, again we witnessed a bitter disappointment for both Mads Ostberg and Evgeny Novikov. Both Qatar M-Sport drivers crashed today – Novikov was first out in the earlier part of the day, while Ostberg “decided” to venture off the road at the last stage of the day. Big shame for both is all I can say, everything else would be just repeating myself over and over. Before his off, Ostberg was involved in a great fight for third with Thierry Neuville, with Dani Sordo pushing him from behind, so we lost one player in this interesting battle.

In other news today, Sebastien Ogier is leading, and now has a comfortable 46+ second gap to second placed Mikko Hirvonen, who, in turn, has to keep his eyes on Neuville, only 3.1 seconds behind.

Jari-Matti Latvala had an eventful day, losing big chunk of time with a puncture, but that did not discourage him from pushing. In fact, Latvala was flying on most of the stages and is currently in fifth place overall, 24.6 seconds behind Sordo. Does anyone else see him trying to snatch fourth tomorrow? Sure.

Robert Kubica leads the WRC2 classification, once again enjoying the challenge and adapting to various conditions. And in Sardinia that means driving on a very narrow and twisty roads, with very little room for mistakes.