Hyundai i20 WRC tastes gravel for the first time

Good guy Hyundai, listening to fans requests and delivering the fresh and exciting news almost every week! Well, it’s either that, or they’re just very busy at the moment so the news keeps coming out in a more regular intervals. And busy they should be, because new season is getting closer and closer – needless to say, it will take a lot of speed, stamina and experience to beat the current crop of WRC teams. To make that hopefully possible, Hyundai Motorsport embarked on a new terrain recently, giving their car a first proper taste of gravel. Alzenau based team confirmed the participation of all test drivers and concluded the tests were positive.

Given the number of gravel based events in the WRC calendar, it’s safe to expect more tests on the loose surface in the coming months. I do believe there is no such thing as too much testing, particularly on the rough and mechanically demanding terrain. Volkswagen ran countless miles of testing in 2012 and yet they discovered the complicated handbrake issue in this year’s events, so I do assume Hyundai should feel no pity towards the test car – torture that thing till it screams for more! “Few teething issues” mentioned by Michel Nandan are here to confirm that i20 WRC is not treated nicely, but it’s for its own good.

Interesting to note are the configuration changes on the car’s front air intakes, some of which were closed off for the gravel, presumably to test the air flow and protect the more sensitive parts. Wouldn’t it be nice if teams could disclose more details about the testing, the issues they discovered and how those were solved… it would be fantastic, but it’s never going to happen. Sadly.

According to Hyundai’s team principal, everything is going as planned, but I do believe team should slowly start the build-up on a somewhat different front. So far, they’re social interaction is limited to interviews and regular press releases, but I do hope they’re working hard on preparing the top notch media-PR-fans package that will utilize social networks, video channels and much more. However, nothing should take the priority over team and car preparation, so keep those drivers and engineers busy. No matter how much talking the team does this year, only important will be the talk on the stages in 2014, so I’ll be happy if they decide to stick to low profile approach, working instead of talking. Hyundai Motorsport continued to make strong progress on its development programme by conducting the first gravel tests with a new 2014-specification of the i20 WRC in July.

All three of the team’s recently-signed development drivers, Juho Hänninen, Bryan Bouffier and Chris Atkinson, got behind the wheel of the i20 WRC as the team evaluated a range of new components in unique gravel conditions in preparation for the team’s debut season in 2014.

Hyundai Motorsport Team Principal Michel Nandan commented: “We have had a very solid month of testing and learned a lot about the performance potential of the new Hyundai i20 WRC in a range of conditions. As with any inaugural testing, there have been some teething issues to overcome but this is precisely the purpose of testing and we have taken time to analyse and understand the problems. We have signed three very competent development drivers in Juho, Bryan and Chris, and the balance of the last month of testing has, for me, been positive.”

The team carried out two separate private tests during July in which to put the latest iteration i20 WRC through its paces with the prime objective of component testing in appropriate conditions for the FIA World Rally Championship. 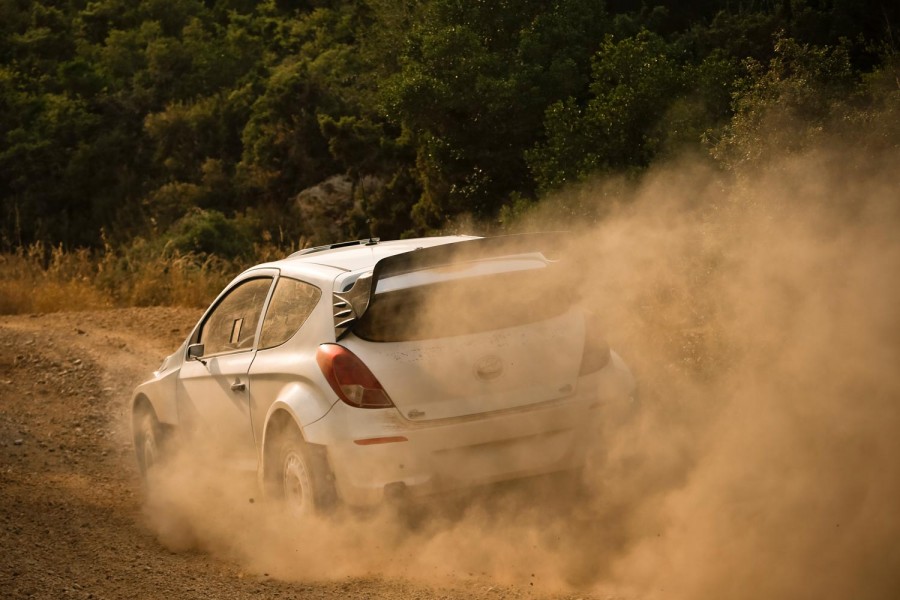 “The two test sessions that we held last month took place in the grounds of Chateau Lastours and Mazamet in the south of France, two venues that afforded us diverse conditions,” continued Nandan. “It is important for us to gather data in rough, as well as fast and flowing conditions. The Hyundai Motorsport engineering and design teams at Alzenau are constantly working to perfect the i20 WRC so these latest tests gave us the opportunity to assess the main mechanical components of the car, like transmission or suspension. It is very much an evolution of the car we used in previous tarmac tests.”

The team has also been finessing its own operations at the tests, bonding as a team and establishing the test crew set-up for the rest of the year’s testing.

Nandan concluded: “We have had a lot of work to do in a short space of time but I can sense we are working well as a unified team. We have attained another important milestone by kicking off our gravel tests but we have more still to do in the remaining months before Monte-Carlo. We have hit every target so far and I am proud of the entire team effort. We look forward to our next phase of development with optimism.”