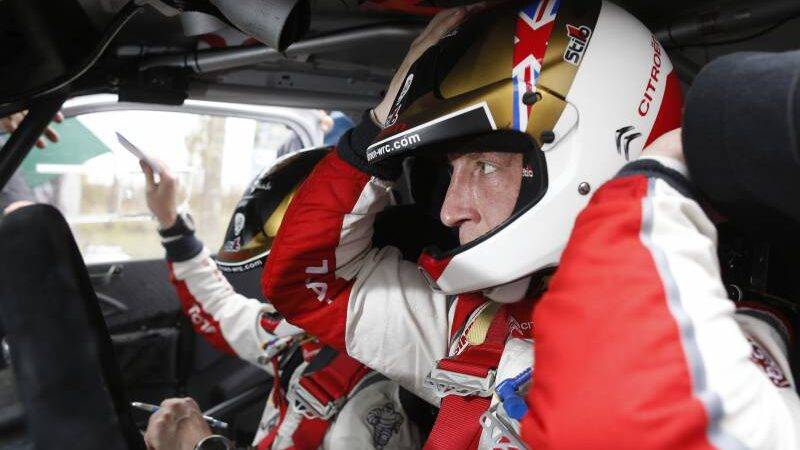 Quotes from drivers and team bosses at the end of this remarkably grueling and demanding Rally Argentina. It’s all there, read what they said.

Sébastien Ogier, Volkswagen Polo R WRC #1 “The conditions at this Rally Argentina were the most difficult ones I’ve experienced for a long time. The road conditions were incredibly tough on the drivers and the cars, so I’m very happy with second place. I’d like to congratulate Jari-Matti, who put in a strong performance and deserved to win. I’m actually pleased that people are realising it’s not as easy to win as it might sometimes look. Julien and I gave our all throughout the weekend, but especially at the end the gravel tracks were so slippery and muddy that our only objective was to make it across the line. Mastering ‘El Condor’ in particular was a real adventure. Nevertheless, it’s always overwhelming to tackle the stage in front of so many frenetic fans. I’m looking forward to next year, when I’ll have another go at making it to the top of the podium in Argentina.”

Jari-Matti Latvala, Volkswagen Polo R WRC #2 “Of course I’m absolutely thrilled to have won the Rally Argentina. It’s been quite a few years since a Finn won this rally. Fighting it out with Sébastien Ogier and Julien Ingrassia was great. My co-driver Miikka Anttila contributed enormously to our success because his instructions safely guided us through some extremely difficult sections. We have done of lot of analysing and working on ourselves over the last few weeks and months, and it paid off here. Huge thanks go to the whole Volkswagen team too, because our Polo was always perfectly prepared and withstood the immense strain right until the end. This victory means a lot to me personally because we won this tricky rally on our own merit, which shows that we’re still a force to be reckoned with in the World Championship.” Andreas Mikkelsen, Volkswagen Polo R WRC #9 “I’ve never been so delighted to finish fourth. After we failed to finish the last stage on Friday because of a technical glitch and were hit with a five-minute penalty as a result, we tried to make the best of things. We simply couldn’t have done any more and I’m really pleased with our performance. After gaining fourth place even quicker than we’d hoped on Saturday, we were a bit more cautious on Sunday. Lots of mud, thick fog – the last Special Stages were a real challenge. Nevertheless, we managed to make good a lot of time and shorten our gap to third place. All in all, we’re very satisfied.”

Jost Capito, Volkswagen Motorsport Director “Simply outstanding. We had set ourselves ambitious targets for this rally, but in the end we exceeded our own expectations by far. Finishing first, second and fourth is Volkswagen’s biggest success at a WRC rally to date. It might look like it was easy when you see the results, but it was hard work. Every single driver and co-driver did a fantastic job and all of them could rely on their Polo R WRCs leaving the service area in top shape every time. I’m particularly pleased about Jari-Matti Latvala’s win. It took great mental strength for him to wrestle this win away from Sébastien Ogier, who’s the reigning World Champion with good reason. He put in a fantastic performance as well. And we’ve signed a great up-and-coming driver too in the shape of Andreas Mikkelsen. We’ve known that for a long time, but he proved it to everyone at this event with the best gravel rally of his career.”

Kris Meeke: “I was determined to get a good result at this Rally Argentina. I focussed on driving as precisely as possible so as to not take any risks. I used every second I had to make sure of getting across the finish line. It was difficult but this is a fantastic result. I would like to dedicate it to everyone in the team. They put a lot of faith in me, so I owed them one!”

Mads Østberg: “Yesterday, on the penultimate stage of the day, I got a bad kick back through the steering on my right hand. We tried to carry on today with the injury. I was having to drive with only my left hand and it was too dangerous and too painful. It wasn’t sensible to keep going. We talked it through with the team and we decided to stop after the first loop.”

Marek Nawarecki (Citroën Racing Deputy Team Principal): “It was an especially difficult rally. Kris had never raced in Argentina as part of the World Championship. He got to grips with the stages, confirmed his pace notes and found the right pace. Once he grabbed third spot, he managed his position remarkably well to finish on the podium. As regards Mads, initial tests suggest that the injury isn’t too serious. He will spend some time resting and recovering before preparing for Rally Italia Sardegna. Our aim is now for both crews achieve the same level of consistency in finishing among the leaders, starting at the next round.”

Thierry Neuville: “I didn’t feel so comfortable in the first stage this morning so I just took it cautiously to avoid making any mistakes. The conditions in the subsequent stages were extremely challenging so I did everything I could in the muddy terrain. The hardest part was the lack of visibility with mud spraying on the windshield constantly. The car went very well and I had good traction, which helped adapt to the ever changing conditions. The team has performed excellently this weekend, tackling a range of issues with complete professionalism, and I think a top five result in this rally is a huge achievement for a young team. We have for sure learned a lot.”

Team Principal Michel Nandan: “Our objective today was to keep putting the car through its paces in these difficult conditions and hopefully to secure our fifth place overall, which Thierry did, so in that respect we should be pleased. Overall, it has been a rally of ups and downs. I must admit that coming to Argentina has been a great test for the team and the crews. We have learned a lot and the team has done a fantastic job. They remained committed to keeping both cars going as competitively as possible after each loop with lots of hard work along the way. The conditions have been some of the worst we’ve seen so I commend the team and our driver crews for their professional approach. We know that our Hyundai i20 WRC can be quick and we have identified points where we can improve reliability in several areas. We might not have achieved a two car finish but in these extremely tough conditions, we leave Argentina as a much stronger and wiser team as a result of our experiences this weekend.” 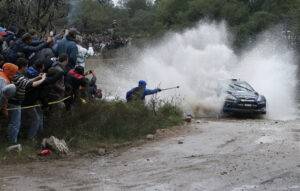 Elfyn Evans (7th) said: “It’s not been easy to display good speed whist being safe at the same time and, for me, it has definitely been the most difficult event of the year. When you’re trying to learn a new rally you tend to settle into a rhythm as the event unfolds, but here, there is something new all the time and you are constantly learning how to tackle each variation. With regards to the first day, the stages were very technical in nature and there was no margin for error. Yesterday was quite high-speed with a really soft surface so it was quite difficult to commit, and today the weather made things very tricky with mixed conditions within the stages themselves. Although it has admittedly been a bit of a frustrating weekend for me, I know that the amount we have learnt will undoubtedly help my development for the future. We’ve made it to the end without incident and that is a big positive. Now it’s just a case of going back over the data with the team to decipher exactly where we can improve for next year.”

Mikko Hirvonen (9th) said: “After my mistake on Friday we just wanted to finish the rally with a good pace and we were able to do that. Everything worked really well this morning. The boys clearly did a fantastic job with repairing the car and I was just able to really go for it. I tried to enjoy it as much as I could and we had a really good time out there. OK, it didn’t work out so well in the Power Stage, but I thought that I should probably let someone else take a stage win today too! I’ve always been quite confident in the fog. I have a good feeling with my notes and I’m able to really trust the distances into the corners – it just works for us.”

Team Principal, Malcolm Wilson OBE, said: “Mikko [Hirvonen] did a fantastic job today which just goes to show the exceptional job that the mechanics did with repairing his Fiesta on Friday evening. He has always thrived in tricky conditions and I think that part of that is due to the strong partnership between himself and Jarmo [Lehtinen, co-driver]. They have complete faith in each other’s ability and that is just what’s required when the conditions are as they were today. It’s fair to say that Elfyn [Evans] was a little frustrated with his pace this weekend, but from start to finish, he has done exactly what was asked of him. It’s sometimes difficult for a young driver to hold back, but Elfyn knows how vital this experience will be for the future and I’ve been very impressed with his mature approach.”

Robert Kubica (6th) said: “It’s been a very long and demanding rally with some very difficult conditions. Coming here for the first time with no experience of the stages was really challenging, and we knew after the recce alone that it would be a difficult event. The stages themselves are very technical, and then when you add the conditions that we witnessed today, it was certainly not an easy event. There is no magic in this sport and experience is fundamental. It is better to finish in sixth than not finishing at all, but to finish in fourth or second is even better! Of course we need to be realistic for the moment and I think that myself and Maciek [Szczepaniak, co-driver] have driven a very positive rally this weekend.”