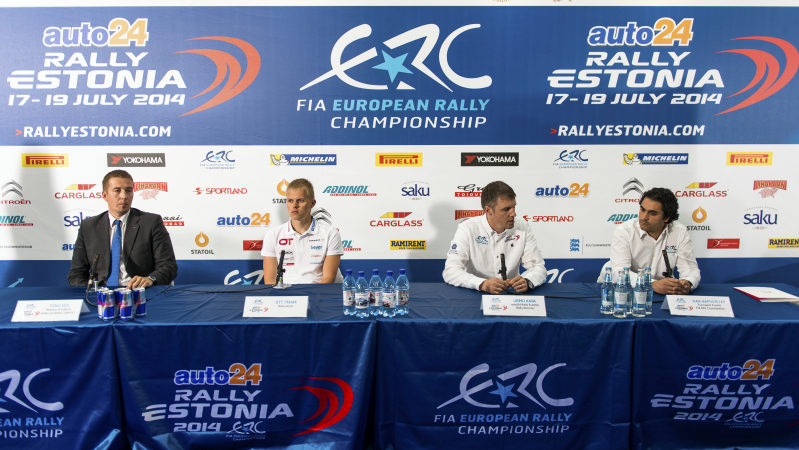 „We are very glad that we can start in our home event which is a round of FIA ERC series. I belive that me and my co-driver Raigo Mõlder are getting good emotions from this rally and our aim is of course fight for the victory. But it won’t be easy as there will be for sure many fast local and foreign drivers. I’m sure the competition will be strong,“ told Tänak in the press conference.

The centre of the rally moves from Otepää to Tartu, second biggest city in Estonia. In the city centre of Tartu there will be ceremonial start and finish of auto24 Rally Estonia. Super special on Friday evening is also in the streets of Tartu and during the rally every day ends in the centre of Tartu with big concerts where Estonian top artists are performing.

„Altough we have added Tartu to our rally, the service park and headquarter of the rally will still be in Otepää. Also the stages are close to Otepää. There is no big distance between Otepää and Tartu, just 40 kilometers,“ told auto24 Rally Estonia director Urmo Aava in the press conference.

„We believe that auto24 Rally Estonia will add more value to FIA ERC series. It is a strong event with amazing landscape, stunning stages and very well organised by a very proactive and motivated team led by Urmo Aava. We expect good and exciting competition between local and ERC Drivers to produce the most interesting ERC TV programme, broadcast on Eurosport, 26 minutes from each rally day and 26 min more with Inside ERC mag on Tuesday evening“ told Ley in the press conference.

Jean-Baptiste Ley and Jean-Pierre Nicolas, ERC sporting manager were inspecting auto24 Rally Estonia stages in the end of May and impression was very good.

FIA European Rally Championship is the longest running rally championship, celebrating 62 years in 2014. Starting from 2013, the promotor of the series is Eurosport Events who made a 10-year-agreement with FIA.