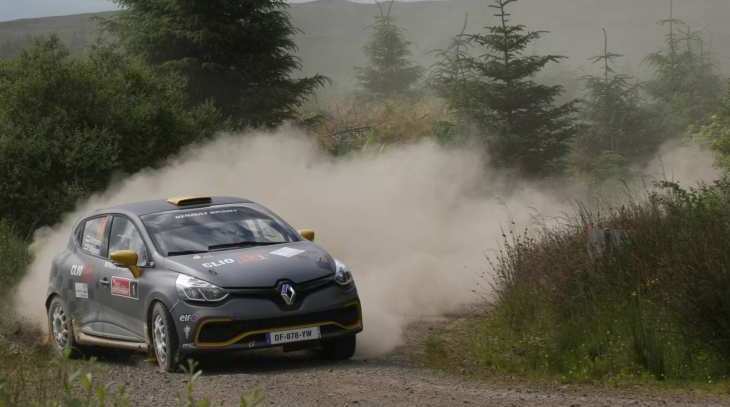 I apologize for the teasing title, but I had to take this chance and call upon Renault to do what must be done. Meaning, enter the World Rally Championship as a manufacturer team. With that out of the way, let’s see what Renault Sport Technologies prepared for us next. As you probably know, Renault Clio R3T is their latest product and they’re very keen on promoting the car and its many virtues. Best way to promote a rally car is to have it compete as much as possible. Renault Sport Technologies is providing the usual support package to customer teams, but for next year they plan to step up the programme with an interesting cup series, winner of which will get a chance to compete at six (6!) WRC 3 events the following year.

I’ll let the official press release reveal more about the project. Note that some of the details are still missing, like the calendar of the events and the regulations.

WRC3 slot up for grabs for Clio R3T drivers

In supporting the emergence of the Clio R3T, Renault Sport Technologies will be organising a new international development series in 2015, with the winner earning a drive at six World Rally Championship 3 events the following year.

In recent weeks the first Clio R3Ts to roll out of the Renault Sport Technologies workshops have been making their competitive debuts across Europe, showcasing their attributes in the UK, Germany, France and Belgium.

In addition to the technical support made available to every customer, the Clio R3T European Trophy will provide crews with a new arena to compete in, with the winner picking up a WRC drive.

With its innovative format, the Clio R3T European Trophy will allow competitors to put together bespoke programmes. Participants can choose to compete in one of several geographical areas evenly distributed across Europe. Each area will have its own schedule of five local events and an international leg. In addition to the six rallies in each area, drivers can also add the result of an international event held in a different location.

Come the end of the 2015 campaign, the drivers who have amassed most points in each area and in the international category will face off in a final round held as part of the prestigious 2016 Rallye Automobile Monte-Carlo.

The points scored during the 2015 season and in Monte Carlo will be added together to give the final Clio R3T European Trophy overall standings, with the winner then taking part in six 2016 WRC3 events at the wheel of a Clio R3T decked out in the Renault Sport colours.

The Clio R3T European Trophy regulations and race schedule will be published in full in the very near future at www.renaultsport.com.