Will Jan Kopecky Make It Back To The WRC?

With the WRC “silly season” heating up, there has been a lot of discussion over which drivers will switch teams, and whether any of the younger drivers will get a shot at the top level of rallying. Plenty of names have been bounced around including Esapekka Lappi, Craig Breen, Sepp Wiegand, and Stephan Lefevbre. All of these guys are quite deserving and I hope to see them competing in the WRC some day. However, I’d like to throw one more name into the ring who has proven that he can really pedal a rally car. What about Jan Kopecky? Will he get a shot at the WRC?

I’m afraid that Jan was the victim of poor timing. You may remember that he actually did compete in the WRC with a Skoda back in 2006 and 2007. However, while his car was displaying the Skoda factory livery, his team was very much a privateer effort. After several disappointing results, Skoda decided to end their manufacturer involvement at the end of the 2005 season. As a result, in his debut WRC campaign, Jan was stuck with a year-old car that had no chance of being developed. In addition, his privateer team was competing with a fraction of the budget of the Ford, Citroen, and Subaru teams. Despite these adversities, he still won a few stages and finished as high as 5th in Rally Catalunya. However, these efforts were not enough to attract the attention of the big teams and he was forced to leave the WRC after the 2007 season.

What is most impressive about Jan is that he didn’t suffer the same fate as so many others during this time period. The WRC timesheets of the mid-2000’s were strewn with names of drivers who tried to break into the WRC and then dropped off the map after just a few rallies. Kopecky managed to keep himself visible even during the difficult economic times in 2008 by competing part-time in the IRC. His privateer efforts in the IRC eventually re-gained Skoda’s attention, and he was signed to drive their factory prepared Fabia S2000. After finishing 2nd in the IRC for several years, he eventually won the newly re-branded ERC in 2013. Since then, he’s won the 2014 Asia-Pacific Rally Championship for Skoda and has had a few one off drives in the WRC2. 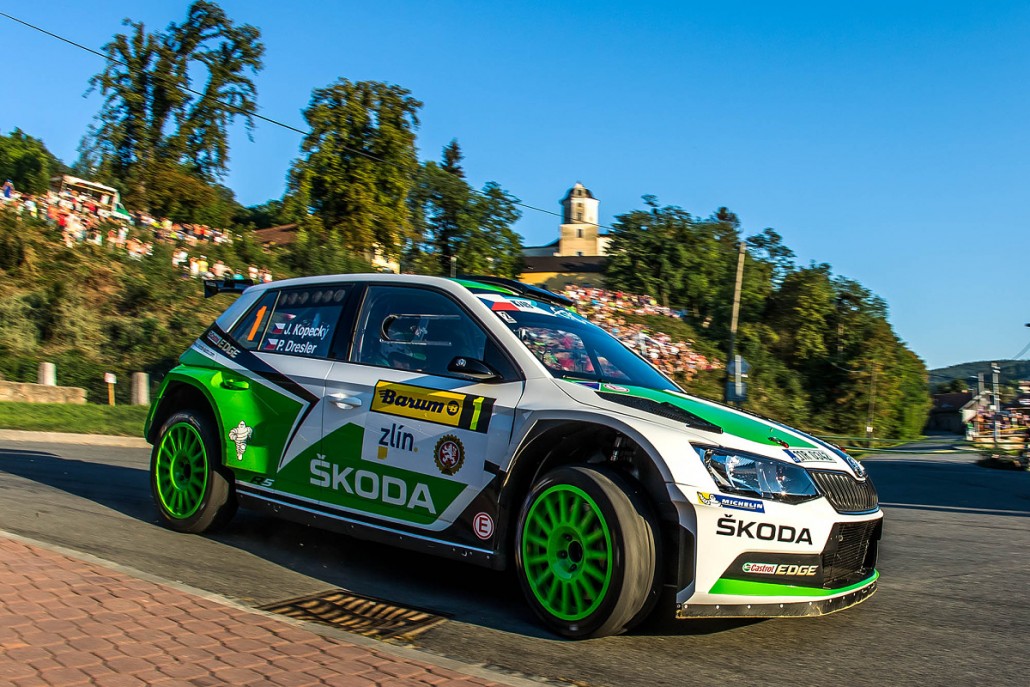 We hadn’t heard much from Jan over the start of the 2015 season. However, the old saying goes that “You’re only as good as your last result”, and over the past month, Jan has catapulted himself back into the spotlight. He first showed his dominance in the new Skoda Fabia R5 by absolutely crushing the WRC2 competition at Rally Deutschland. Then, this past weekend he wrapped up the Czech Rally Championship by winning at Barum Rally Zlin outright over the ERC regulars despite competing in that championship on only a part-time basis.

As much as Jan deserves another shot at the WRC, there are three things standing in his way at the moment. First, most of his success has come on tarmac, and specifically on bumpy, narrow, and abrasive tarmac. He has developed a bit of a reputation as a tarmac specialist, and sadly, there isn’t much room for these drivers in the modern WRC. The second obstacle that he faces is his teammate at Skoda, Esapekka Lappi. Many believe Lappi to be the next young driver to graduate into the WRC. At age 24, Esapekka is almost 10 years younger than Jan, and certainly has a huge upside. However, at 33 years old, Kopecky certainly isn’t over the hill and still has plenty of good years left. The last factor working against him is that the factory VW team is already pretty set with their drivers. It seems that they have no intention of moving away from the Ogier, Latvala, and Mikkelsen combination that has brought them so much success. As we saw at the end of Rally Deutschland, these guys will fight hard with each other, but at the end of the rally have great camaraderie. At the moment, there is no reason to meddle with this winning combination.

Where does all that leave Jan Kopecky? Maybe at this point in his career, he’s content with his factory Skoda drive in the ERC and Czech championships. Things could be worse; at least he’s still competing with a professional team in a winning car. Skoda’s recent rallying history is littered with drivers who never made it back to a high level of rallying after they pulled their factory support from the WRC. I’m sure that guys like Jani Passonen, Alexandre Bengue, and Janne Tuohino would love to be in Kopecky’s shoes at the moment. Despite this, I think that Kopecky might still have what it takes to compete at the top level if he’s given a fighting chance. Skoda will be entered in all the remaining WRC2 rounds this season, so hopefully Jan will get another opportunity to show what he can do. Who knows? He may still get his shot.