Rally Cyprus: Then and Now 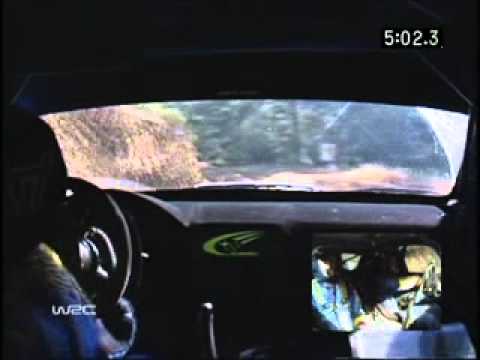 While we’ve all been looking forward to the return of the Tour de Corse to the WRC, lets not forget about the ERC, which just completed its 8th round in Cyprus this past weekend. First of all, big congratulations to Kajetan Kajetanowicz for another brilliant drive to a dominating victory. It looks more and more likely that he will end up as the ERC champion this year. However, what really struck me when I was following the rally this weekend was how the character of Rally Cyprus has evolved. It is always interesting to see how rallies grow and change over the years under different organizers and championships, and Cyprus is a perfect example of this.

I always looked forward to Rally Cyprus when it was in the WRC because it offered a unique challenge. In the early 2000’s, there were quite a few other rough gravel events on the calendar – Acropolis, Turkey, Sardinia, and Argentina. However, none of these rallies were quite like Cyprus. For many years, it had the slowest average speeds of any rally in the WRC as its stages featured a continuous series of tight switchbacks up in the mountains. When those slow speeds were combined with huge rocks and skyrocketing summer temperatures, it developed a reputation as the toughest of the “car-breaker” rallies. Many times, both the cars and the crews fell victim to overheating in the dry, dusty and hot Cyprus mountains. In a way, Cyprus filled the void that was left when The Safari Rally was dropped from the WRC calendar in 2002.

It’s interesting to compare the character of the stages of the “new look” Rally Cyprus in 2015 to those used when the WRC still visited the island. For starters, being run under the ERC, Rally Cyprus now features a fair amount of tarmac roads. However, when the stages do switch to the gravel, the roads are far faster and smoother than in the past. To illustrate this, take a look at the two videos featured here. The first is Mikko Hirvonen in the Subaru in 2004. Notice how much the crew’s heads are bouncing around inside the car. Also, Mikko never gets much past 3rd gear at any point during the stage due to the constant sharp turns, huge rocks and deep ruts. Compare this to the spectacular helicopter footage of Alexey Lukyanuk in 2015. The roads are still dry and dusty, but far more fast and flowing than during the WRC days. Alexey is able to reach close to top speeds at several points in this short clip, and the car appears well seated on the road.

The object of this piece is not to make a judgment on whether the transformation of Rally Cyprus is positive or negative. Instead, it a perfect “case in point” to highlight the evolution of rallying over the past 10 or so years. Even though “endurance” has been the new buzz word around the WRC these days, in general, modern rallies have become far less tough than they used to be. If I were to hazard a guess, I would attribute this to the design of today’s rally cars. There is no denying that the R5 formula has been and will continue to be a positive step for rallying. The combination of performance and reasonable costs for these cars has made the sport far more accessible to privateers. However, with its many stock components, an R5 car would not be able to survive the stages of Rally Cyprus 10 years ago. These cars simply aren’t as tough as their predecessors. As a result, many of today’s rallies have become more a competition of outright pace than a test of surviving the elements.

What do you think? Is this paradigm shift a good thing? Has top-level rallying lost a bit of its character with the move towards less brutal car-breaking events? Or is this a necessary evolution that must take place to reduce costs and ensure the long-term health of the sport? I can see both sides of the argument, but a part of me still misses those rough, tight, and twisty Cyprus stages from the past.