Does The WRC Need Another Snow Rally? (2nd Opinion) 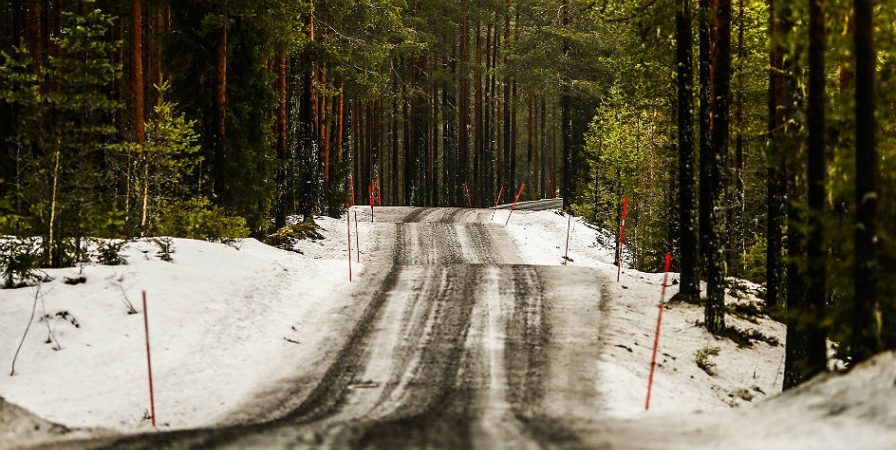 You can probably file this one in the category of “calendar rants”. OK, well, it isn’t really a rant, but perhaps more of a musing. After reading a piece this week about the possibility of the WRC adding another winter rally to the calendar, it got me thinking… does the WRC really need another snow rally? I understand that some of this chatter might just be a bit of backlash as a result of the muddy and slushy conditions surrounding Rally Sweden this past week. However, it is an interesting topic to bounce around, so let’s take a look. In addition, Tom gave his two cents on this issue here a few weeks ago, so I thought I’d throw out my (slightly different) thoughts as a kind of “2nd opinion”.

It wasn’t so long ago that the WRC featured 2 pure snow rallies on the calendar. It was in 2007 when Rally Sweden and Rally Norway were featured back-to-back. I don’t know how you felt about this, but to me, these rallies felt a bit “samey”. Yes, I understand that there were differences between the stages. While Sweden featured faster and more flowing roads, Norway’s stages were tighter and more twisty. However, when watching the images on TV, it was impossible to tell the difference between the rallies other than the placards on the car doors. The fact that these rallies were put back-to-back didn’t really help either. I couldn’t help but feel that having Rally Norway one week later stole away a bit of the uniqueness of Sweden. It’s not a surprise that in an era where manufacturers were dropping out of the championship due to costs, Rally Norway has not been back since 2009 when it was run as the only snow rally of the season. At that time, it was just a bit too redundant.

But what about now? The WRC and rallying as a whole is definitely in a better place than it was 10 years ago. Manufactures are coming into the championship rather than leaving, and there is talk again of expanding the calendar to feature some new events. Is there room for another snow rally? My reaction would be maybe, but only if it is done in a different way than in 2007. We can’t forget about Monte Carlo that depending on the year is also a snowy rally. It doesn’t really make sense to shove all of the snow rallies into the beginning of the season. The trouble is that if the WRC wants to run the rally in the northern hemisphere, there isn’t much flexibility in this matter. The only other possibility is maybe to close out the season with a snowy event. However, if this route is chosen, it would mean making an already short off-season even shorter. As it is this season already kind of feels like a continuation of the 2015 season due to the short span of time between Wales and Monte Carlo.

Of all the options for a potential new winter rally, Canada sounds the most intriguing to me. Of course, living in North America myself does make me a bit biased, but this could be a feasible option. Rather than running two similar rallies in the Scandinavian region, it allows the championship to expand to a new market. In addition, as you have read here in the past, Canada has a very passionate and active group of rally organizers in the CARS/CRC championship. I have a great deal of faith that these people would be a fantastic group for the WRC to align with for the organization and promotion of an event. As far as logistics are concerned, it could make sense as well. If an event in Canada was run before Mexico, much of the team’s supplies would already be in North America. It would be a long drive, but in theory, the WRC could caravan south through the USA to Guanajuato for Rally Mexico.

At the end of the day, this may just be wishful thinking, but it is an interesting concept to consider. What do you think? Could Canada work? What about other potential winter locations such as Russia or Japan? Personally, would you be interested in another pure snow rally on the calendar, or is one event enough? Chime in with your opinion!