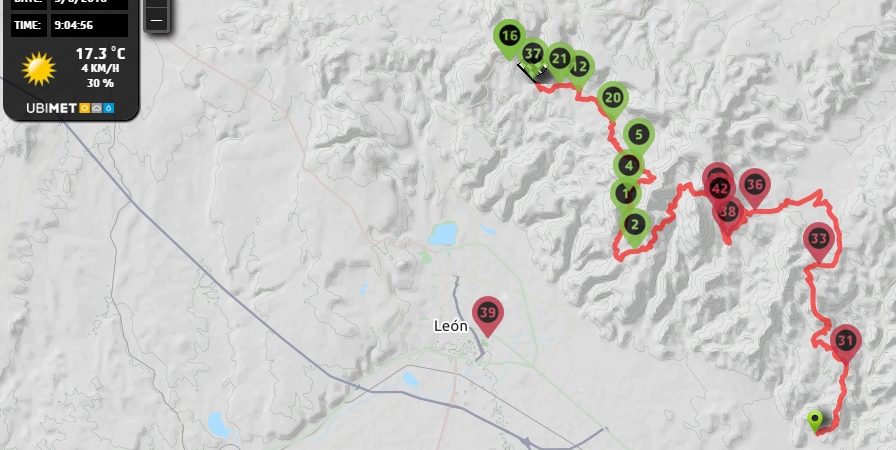 As I write this, it’s Sunday morning and the last few WRC2 cars are making their way through the massive Guanajuato stage. We’ve been hearing about this one for weeks now. We’ve heard the statistics over and over again… 80km, the longest stage since 1986, etc… There certainly has been a lot of hype built up around this stage, to the point that the drivers received “I survived 80km” T-Shirts at the stop control. Was all the hype just a bit too much?

Well, if you only look at the times at the end of the stage, it might appear to be a bit of an anticlimax. Yes, there were some large gaps as the first few cars came across the flying finish, but as the faster cars came through, there were less surprises. No one went off, there were no mechanical failures, and no one suffered any punctures. As each crew came into the stop control, it seemed like no one was really breaking a sweat. Many of the drivers felt that earlier stages such as Otates and El Chocolate were more difficult despite being shorter in length. If you just looked at the results alone, it would be too easy to dismiss this stage as a disappointment.

However, let’s look at the bigger picture. Any time rally organizers stick their necks out and try something different, they are taking a big risk. Sometimes it doesn’t quite work out like we saw in Corsica last season. However, in a championship where the rallies can sometimes seem a bit “cookie cutter” in nature, anytime an organizer takes a chance to try something different, they should be commended. Think about all the logistical challenges that are involved in such an endeavor in terms of security, spectator control, and road closures. It was a ballsy move by Rally Mexico, and they pulled it off!

In addition, it’s time for those of us who have been critical of modern WRC drivers to take a step back. I am the first to raise my hand as one of those critics. On this blog, you have read my musings from time to time about whether the WRC has become a bit “soft”. In an era with 20-30km stages and “clover-leaf” rally routes, we often wondered if today’s crews and cars could survive an “old school” marathon rally stage. Well, now we have an answer… they certainly can! Yes, this stage was run on the final day, so a few of the crews were in consolidation mode, but these guys proved once again that they are absolute professionals at the top of their sport.

OK, so no major dramas happened this morning over the 80km of Guanajuato, but this stage was anything but a letdown. Remember, not every stage needs to be a dramatic thrill ride. Rallying is a sport that is meant to be savored, and this morning, we were treated to a five course meal. Kudos to Rally Mexico for treating us to this experience, and let’s hope other organizers take notice.