The Future is Bright Indeed 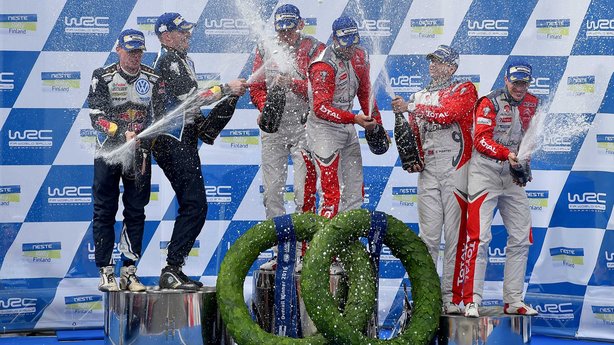 It’s no secret that Ireland and Irish rallying holds a special place in my heart. It was in Ireland where I caught my very first glimpse of a WRC car flying between stone walls and hedges on a narrow ribbon of tarmac, and from that moment on, I was hooked. Since that fateful day when I caught the rallying bug, I’ve been to various other rallies in both Europe and the USA. As great as it has been to see the sport in other parts of the world, Irish rallying is still my first and greatest love.

In many ways, this has been an unprecedented week for Irish rallying. Just as the anticipation for Rally Finland was beginning to build, we were blind-sided by the news that there will be no Circuit of Ireland Rally next year. Yes, rallies tend to come and go like the seasons, but this one really hurt. What made this news all the more painful was just how much of a success the rally was this year. Having been there this year, I can say that the Circuit of Ireland was by far the best organized rally I’ve ever witnessed… even better than WRC Rally Spain last November. In addition, it features some of the most incredible roads in the world. Check out the video below of “The Glens” stage to see what I mean. On top of that, the rally won the Northern Ireland Tourism award for the best event of 2016. With all of this momentum and rumors that the Circuit was pursuing a WRC rally in the near future, this news felt like a slap in the face and it was with somewhat tempered enthusiasm that I looked forward to Rally Finland.

I have no idea, but I can’t help but wonder if this news also lit a fire inside of Craig Breen and Kris Meeke this weekend. Both have ties to the Circuit of Ireland. Kris grew up not very far from some of those classic stages featured in the Circuit, and when speaking to Eurosport about the rally in 2015, he described the rally as “having some of the best tarmac stages in the world”. As for Craig Breen, his love of the Circuit is no secret. He put together a last minute deal with David Greer Motorsport to make sure that he would have a chance to defend his 2015 victory, and defend it he did by edging out Kajetan Kajetanowiz on the final stage of the rally. For both of them, the Circuit is their best chance of competing on home soil in the WRC, and it must have struck a nerve for them to hear that it won’t be happening next year.

When juxtaposed with the disappointing news about the Circuit of Ireland, Meeke’s and Breen’s accomplishments this weekend become even more timely and poignant. Yes, on an individual level, they achieved something incredible. However, by stamping their authority on arguably the fastest, toughest and most specialized rally in the world, they served as spokesmen for the whole of Irish rallying. By performing like they did this weekend, they proved to the world that Irish drivers aren’t just tarmac specialists, but instead, have the potential to rise to the very pinnacle of the sport. However, this potential doesn’t stop with Meeke and Breen. With the Irish Tarmac Championship’s moving to R5 spec cars this year and the Team Ireland initiative developing young Irish rallying talent, there is plenty to be optimistic about for the future. Yes, while there is uncertainty clouding the future of Ireland’s most important rally for the time being, the future of Irish rallying as a whole is very bright indeed.

Thank you Craig and Kris for doing your part this weekend by making Irish rallying history.

Alastair Fisher Onboard Circuit of Ireland SS3 “The Glens”