How Must Rallying Evolve to Remain Relevant?

If you’ve paid much attention to the circuit racing world this summer, you’ll know that over the past few weeks, there has been plenty of turmoil. Out of this turmoil, two buzz words seem to be appearing over and over again in various motorsports publications, TV shows, and podcasts. These two words are “evolution” and “relevance”. With two high-profile manufacturers withdrawing from major championships over the past month, every form of motorsport is now forced to take a hard look at themselves and the product that they deliver. First, Mercedes, one of the “big three” manufacturers in the German DTM series, announced it’s decision to quit the championship in favor of a Formula E campaign. Then, barely a week later, Porsche announced that they would be leaving the LMP1 class of the World Endurance Championship to also pursue a Formula E program. You might be asking, “What’s all this have to do with rallying?”, and that’s a fair question since we are, after all, a rallying blog. Well, even though rallying is unique, it still falls under the motorsport umbrella, and is thus subject to the same winds of change that have shaped circuit racing over the years. With this reality in mind, my question is this. How must rallying, specifically the WRC, evolve in order to stay relevant in a rapidly changing motorsports landscape? Here are a few areas where I think rallying needs to focus it’s attention over the next decade.

Use of Alternative Energies:

This one is kind of the elephant in the room. There is a strong sense around the world that the internal combustion engine might be entering its twilight era. With various governments setting goals of hybridizing or electrifying the entire motoring fleet over the next 20 years, there is little doubt that conventional, petrol-powered vehicles will become more marginalized as we move into the future. For good or for bad, depending on your perspective, there’s a strong chance that in our lifetime we will see the end of the internal combustion engine being used as the sole motive generating unit of the automobile. In light of this, various forms of racing have (with varying degrees of success) made an effort to align their regulations with this reality. At the moment, despite the fact that their technology isn’t currently that revolutionary, Formula E seems to be doing the best job of capturing the imaginations of the major auto manufacturers when it comes to the future of motorsport. In order to prevent being left behind, now is the time for rallying to begin to think about how they are going to align themselves with these current trends. The complicated issue is that there is currently no technology available that allows a race car to complete an entire race on only electric energy. Even Forumla E currently requires drivers to swap cars during a mandatory pit stop halfway through the scheduled race distance. When one considers the huge distances covered in rallying, this reality becomes even more of an issue. That being said, there are efforts being made. One example of this is the hybrid car that was entered last year in the APRC, but for rallying, this is still the exception rather than the norm. 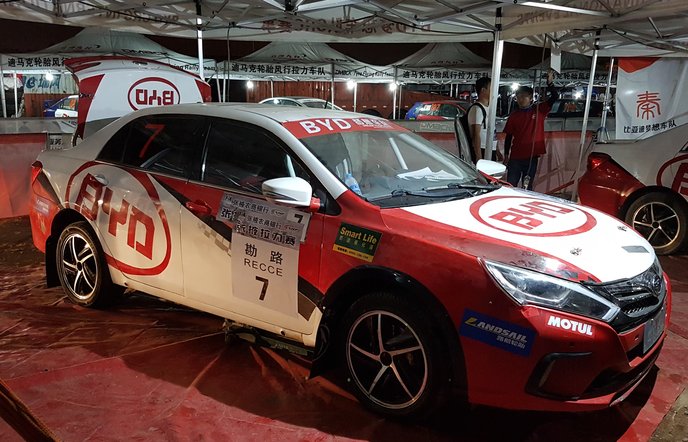 One way that I think rallying can approach this issue is to consider the use of two modes of energy… one for transits, and one for stage mode. Unlike other forms of motorsport where performance and efficiency must be balanced simultaneously during a race with a set duration, rallying has a blend of flat-out driving on the stages, and rather mundane driving on the transit sections. This reality gives rallying the unique opportunity to explore alternative energy usage during the transit sections between stages where performance is not an issue that needs to be considered. The “two-faceted” nature of rallying makes it the ideal proving ground for cars designed to be incredibly efficient over long distances of normal driving, but can also with the flip of a switch, be transformed into a high-performance car for stage driving. At the end of the day, that’s what people seem to want. Yes, we do want our cars to be efficient and gentle to the environment when we’re on our daily commute to work. However, when we want to have a little fun on a racing circuit, autocross track, or a back country road, we want a car that stirs our emotions and gives us a bit of a thrill. The unique discipline of rallying has the opportunity to showcase that type of vehicle in ways that other forms of motorsport cannot.

Environmental Accountability:
If you could name the one thing that makes rallying more special than other forms of motorsport, what would you say? I’m willing to bet that 9 out of 10 of you reading this piece would say the spectacular natural landscapes where rallying takes place. From the frozen forests of Sweden to the dusty plains of Kenya, rallying has always enraptured us with the dramatic environments that the stages run through. Rallying just wouldn’t be the same without the incredible natural beauty of our planet on display. However, the uncomfortable truth is that rallying probably isn’t that beneficial to the environment. The heavy use of rural roads by both competitors and spectators over the week of a rally can cause damage that is costly and time-consuming to repair. The foot traffic along the edges of a stage can cause soil erosion as well as damage to the plant and animal life in the region. Irresponsible spectators can leave behind litter and trash after the stage is completed or accidentally start large fires in arid regions. Crashed or damaged rally cars can drop harmful substances that can cause contamination of local bodies of water or soil. The list goes on and on. The challenge for rallying is to continue to strive to find ways to have as little negative impact on the environment as possible. If the rallying community as a whole does not take ownership of this responsibility, there is no doubt that the sport will fall under the scrutiny of various governments, regulatory agencies, or environmental advocacy groups. Some rallies, such as the upcoming Rally Deutschland, do a great job of this. You can read about their efforts here on their website. However, I also know that we’ve all seen other events that have been fairly lax when it comes to environmental accountability. If the sport of rallying is to remain relevant in today’s world, it must consistently strive to maintain a good relationship with the one thing that makes it so special… the environment.

Spectator Safety and Ease of Access:
I hate to keep harping on this topic, but after what we saw in Rally Poland last month, rallying needs to take a hard look at spectator safety. Much like the issue of environmental accountability, there are some rallies that do a great job with this, and others that don’t. I still don’t want to see the WRC crowding all of the spectators into one or two heavily policed mandatory spectator areas like we see here in America. Part of what makes rallying special is the ability to find your own unique vantage point. However, with this freedom comes great responsibility, and I just don’t know if the general public can be trusted with this responsibility. One thing I’d like to see to try to address this issue is a type of “license system”. There could be a mandatory online class that one would need to take in order to achieve a “spectator license”. This license would need to be presented to the stage marshals in order to gain access to the stage. If someone doesn’t have a license, they don’t get to walk in. If someone with a license is standing in a foolish place and refuses to listen to the marshals, those marshals would be empowered to place penalty points on that license that could result in suspension or revocation. By adding some kind of consequence for irresponsible behavior, we might see a lot less spectator safety issues in the future. Yes, I acknowledge that this would be a huge undertaking, but at the moment, something needs to be done. It might not completely eliminate the problem, but it might go a long way towards making it better. 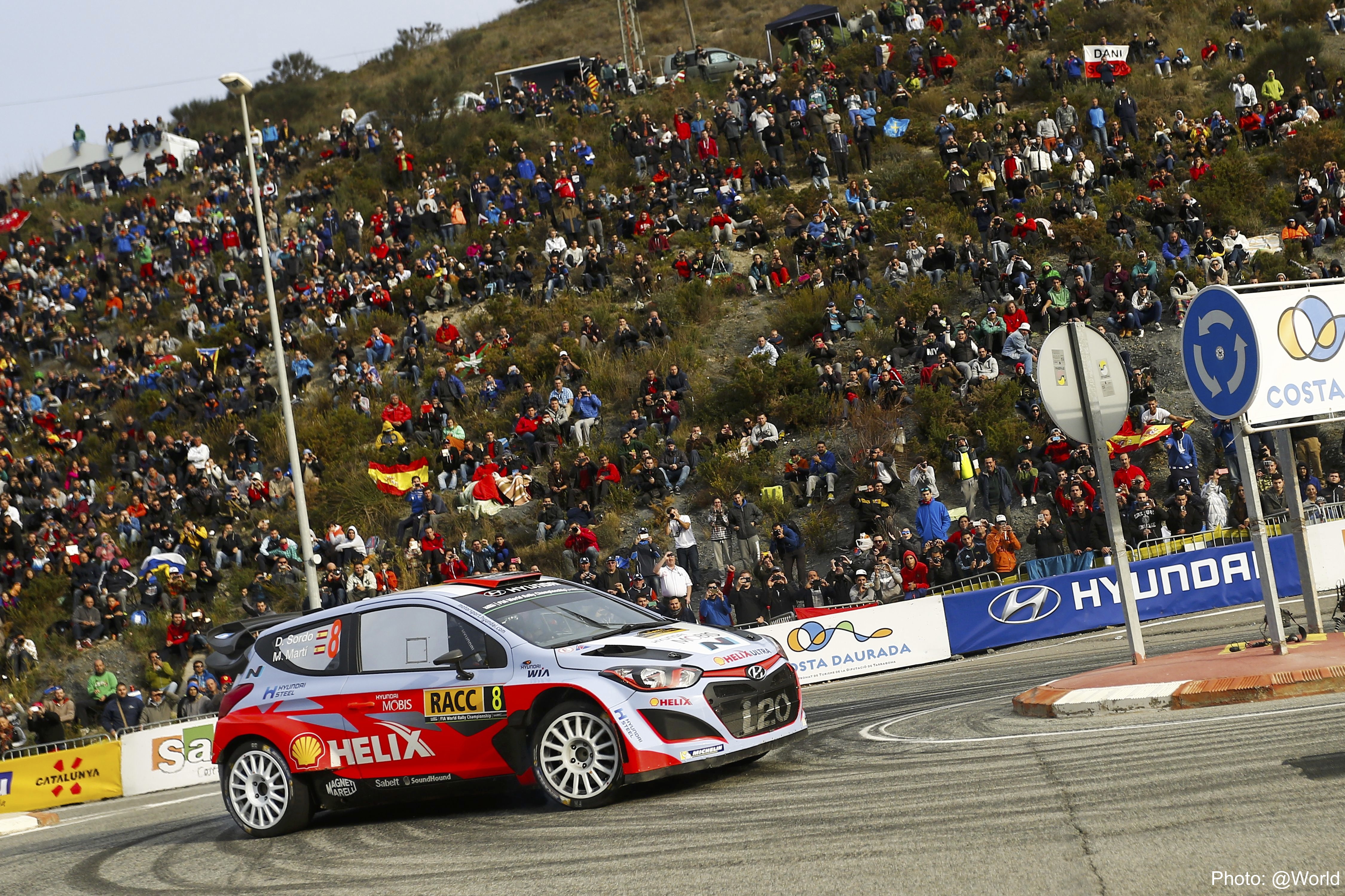 Relevant Vehicles:
It’s been quite a long time since someone could go to a showroom and buy a 4wd road going version of the same cars featured in the World Rally Championship. Sure, if I lived in Europe over the years, I could buy a 2wd VW Polo, Citroen Ds3, or Hyundai i20, but the road-going versions of these cars have had very little resemblance to their rally counterparts. The last road car I can recall that truly captured the spirit of it’s WRC “big brother” was the Subaru WRX Sti. Since Subaru left the championship in 2008, there aren’t many opportunities for someone to buy a road-going version of their favorite WRC car that captures the rallying spirit. How could this change? It might sound crazy, but I’d like to see 4wd go away in the WRC. If a manufacturer wants to enter a car, it should be homologated with the same drive-train that is available in its retail version. Think about the possibilities! What if the cars had the same power that they have with the 2017 regulations, but only with FWD or RWD? The FWD cars would hearken back to those fantastic F2000 cars from the 90’s, and the RWD cars would remind us of the Group 4 cars of the 70’s. I know that this might sound like a step backwards in technology, but I have no doubt that these hypothetical cars would be dramatic and more relevant to what can be bought in a showroom. 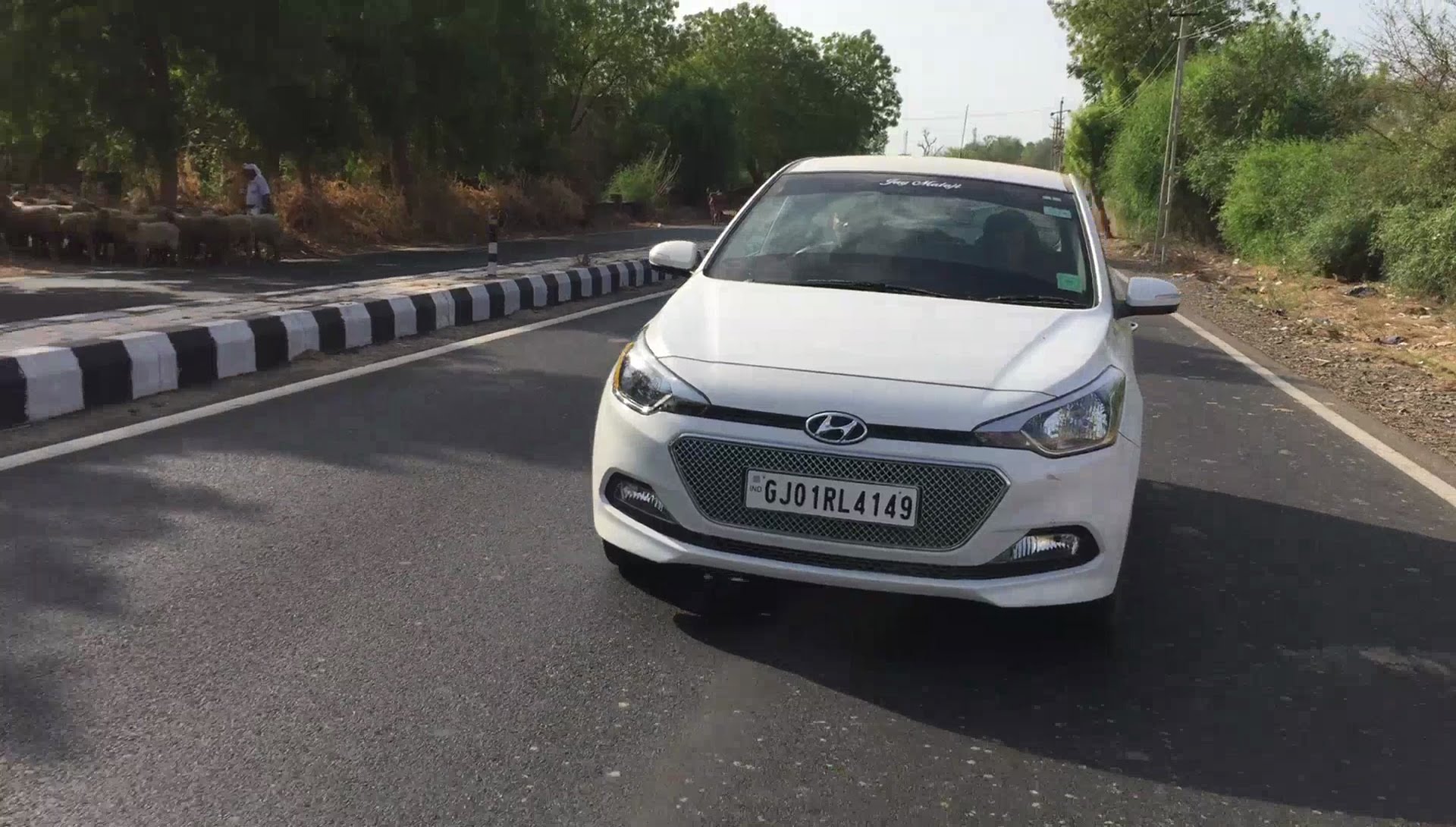 So those are my thoughts on how rallying needs to evolve over the next decade. What are your ideas? I’m really curious! Chime in with your thoughts in the comment field below!