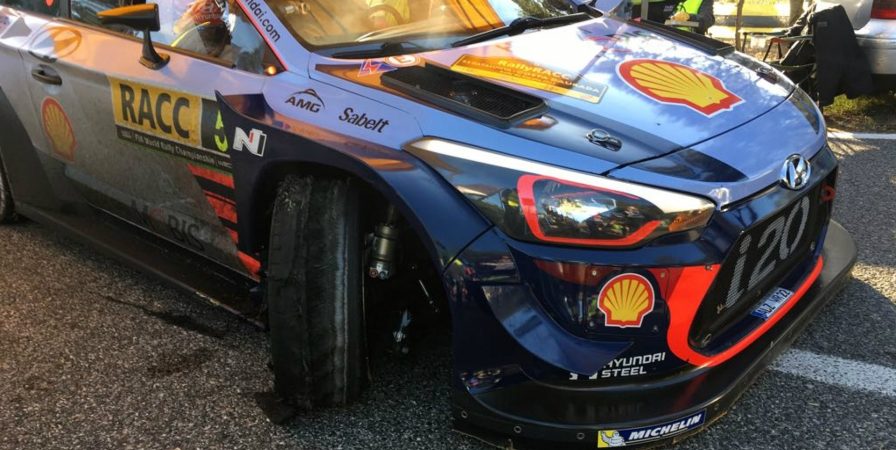 Just some things to buy and wear :)
Yes, anything is still possible, as we were reminded several times on the Red Bull broadcast this weekend. OK, Thierry Neuville is still mathematically able to win the championship if the wheels come off (either metaphorically or literally) of M-Sport in the final two rallies of the season. Currently his points deficit stands at 38 points. That means that If Sebastien Ogier fails to score points in either Wales or Australia, Theirry still needs to win at least one rally and score 3rd or better in the other, or capture some power stage points. Is it still possible? Yes. But is it likely? Not really. However, at the end of the day, it doesn’t really matter, because Hyundai have much bigger issues to address regardless of how the 2017 championship pans out. 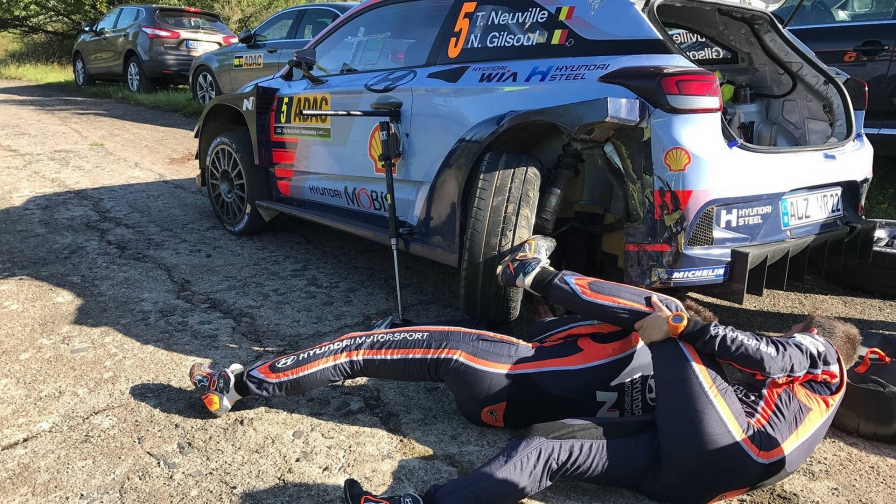 This weekend, I think it’s safe to say that what we originally brushed off as “bad luck” or “driver error” has evolved into a very ominous trend. The Hyundai is certainly fast, but we are now seeing that it is also very fragile, especially around the suspension. In two almost carbon-copy incidents, the Hyundai’s of Dani Sordo and Andreas Mikkelsen retired with broken right front suspensions just a few hundred meters apart. Then, in what looked like a fairly innocuous cut on Sunday morning, Thierry Neuville also suffered a right front suspension failure that ended his rally and essentially his championship. These incidents follow Thierry losing his left rear wheel on another very innocent looking cut on the Panzerplatte stage last time out in Germany. 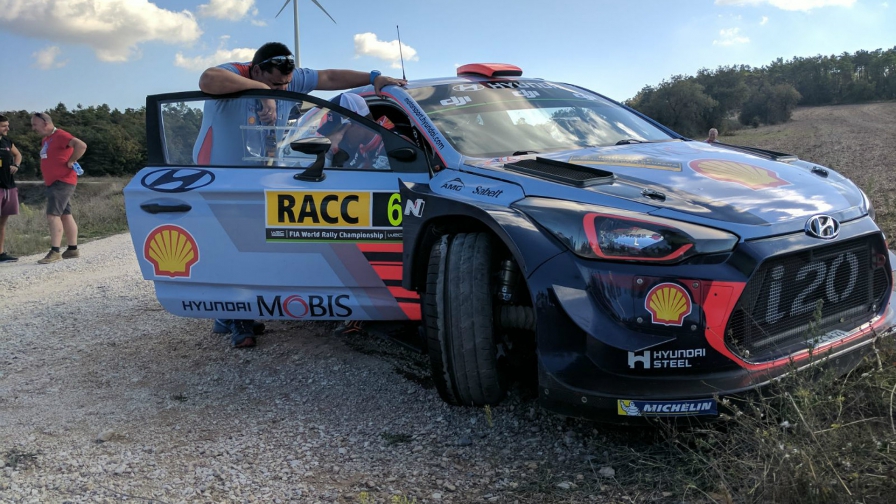 Hyundai might still believe that Thierry has a shot at the driver’s championship this season, but in all honesty, they have bigger fish to fry. Over the next two rallies, they must find a solution to this fragile suspension issue that has ruined their 2017 championship challenge. It isn’t going to be an easy fix either. It might seem that isolating and strengthening the part that failed would fix the problem. However, such a modification will have knock-on effects. If the part that failed is made stronger, it will only direct that energy to the next weakest part which will most likely fail instead. It could quickly become a vicious cycle where the team is chasing the issue from one part to another. It is imperative for Hyundai to make the most of these final two events to try to get the problem fixed now. Yes, they will have plenty of testing between now and Monte Carlo in January, but there is no substitute for the heat of competition. As we have seen in the past, it is often only in the midst of a rally where these things rear their ugly head. So, yes, Hyundai can still hold onto the slimmest of hopes for a miracle to somehow happen that allows Thierry Neuville to win the drivers’ title. But in all honesty, they’d be better off taking a step back, fixing their issues and preparing themselves for a successful title assault in 2018.