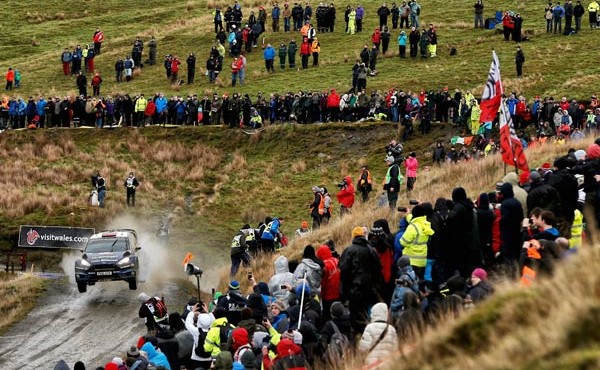 As we gear up for Wales Rally GB, I want to discuss something that has been nagging at me for a little while now. It’s the topic of WRC rallies requiring tickets or spectator passes for fans to gain access to the stages. Wales is one of those WRC events that has an extensive ticketing system to control access to the stages. As stated on the official website, the only areas that are free to access without a rally pass is the “Rally Village” in Deeside, and the regroups in Chester and Newtown. If you want to watch any proper action on a “hot stage”, you need to have a rally pass.

As fellow rally enthusiasts, how do you feel about this? From a logistical perspective, I totally understand some of the reasons for implementing such a system. First of all, it helps the organizers control the points of access for the stages to prevent losing control of spectators and prevent unsafe behavior. Secondly, the resources that are required to put on a WRC-level rally are absolutely incredible. In order to keep these rallies financially solvent, there needs to be some way to fund the expenses that are incurred, and tickets are one way to do this. Lastly, if the ingress and egress points for spectators are regimented, it can help a lot with traffic issues that often plague WRC rallies and sometimes interfere with the crews transiting from stage to stage.

However, even though these logistical justifications make a whole lot of sense, there’s something about ticketing a rally stage that doesn’t sit right with me. OK, it’s one thing if a rally wants to charge admission to a super-special or city street stage. These venues usually offer a few more “creature comforts” such as established bathrooms, (somewhat decent) food, and other entertainment activities to pass the time until the rally cars come through. But, when we start talking about requiring tickets just to drive into the forest at the crack of dawn and stand in a designated spectator area hours before the first car passes… that seems like a tough sell. Something about it just doesn’t seem compatible with the ethos and history of rallying. It has always been a form of motorsport that has been known for it’s accessibility to fans, so to monetize the spectating experience just leaves a bit of a bad taste in my mouth. Part of the joy of spectating a rally is the ability to head out into the woods and find your own spot to watch the cars. I fear that the disturbing trend of poor spectator behavior is killing this experience. In spite of my reservations, the one advertised benefit to the Wales Rally GB ticket that I can get behind is access to a stable parking surface. I can imagine that in the middle of the soggy and muddy Welsh forests, this could make a big difference and cut down on the number of people requiring tow ropes to get un-stuck from the mud.

All that being said, I’ve never been to Wales Rally GB before, so I really want to hear from those of you who have. How does this ticketing system work? Do you feel like what you receive for a 4 day “Rally Pass” is worth the 99 pounds that it costs? Does it actually help improve spectator safety, or is it just another hoop that a fan needs to jump through in order to see a rally car on a stage? Do you have any freedom to choose a safe location along the stages, or are you corralled into an sub-optimal viewing area that is overcrowded with spectators? My only experience with a ticketed rally was in Mexico this year. In that case, the ticket was optional and provided a few “perks” such as access to hot food and portable toilets. As a hard-core rally fan, I didn’t think that it was worth the money, but at least it was optional. In the case of Wales Rally GB requiring tickets… in my head it makes sense, but in my heart, something just doesn’t seem right. What do you think?