Opinion: Is It Time for BOP in R5? 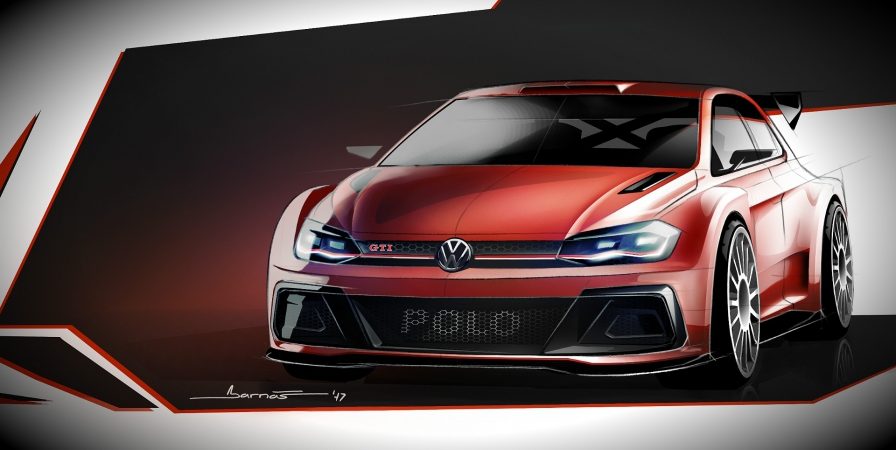 Today, VW finally broke the silence on the future of their brand new Polo R5 project. If everything goes to plan, it looks like the car will be ready for it’s competitive debut right in time for the 2018 ADAC Rally Deutschland. Even though we haven’t seen any photos or video of the car in the flesh, VW did put out a render today, and the car looks absolutely bad-ass. If VW’s assault on the WRC between 2013 and 2016 is anything to go by, this new R5 car is going to be a force to be reckoned with. While the potential of another high quality entry into the R5 category brings plenty of excitement, it also brings more than a little trepidation in regards to the future of the class. Here’s what I mean.

While circuit racing and rallying are two very different disciplines, I like to draw parallels between them when it is appropriate. This is one of those situations where I see rally moving down the same slippery slope that sports car racing did a decade ago. The R5 rally category reminds me a lot of the GT3 class in sports car racing. Their concepts are quite similar. In both cases, manufacturers build high quality machines that can be homologated and mass produced (by race car standards) to provide a platform for up and coming, privateer, and gentleman drivers to compete on a level playing field. It sounds great on paper, but as more manufacturers jumped on the GT3 bandwagon, the class became more and more of an arms race. We are at the point now where privateer drivers need to upgrade almost every single year in order to remain competitive, and the costs of competing in a class that was originally designed to be cost-controlled have now spiraled out of control. I really fear that this constant creep of performance and cost could also be happening in R5. What can be done about it?

I hate to bring out those dreaded three letters, but now might be the time for the FIA to seriously consider using BOP (Balance of Performance) in the R5 class. In one sense, I hate the concept of BOP, because while it is well-intended, it ultimately becomes a penalty for success. In an effort to equalize the different cars in a class, the faster cars are slowed down, and the slower cars are sped up. This can be done in a variety of ways including different sizes of air restrictors, the addition or subtraction of ballast, or the control of fuel flow to the engine. While it results in closer competition, it also negates any competitive advantage of building a technically superior car, and that goes against the whole ethos of  motorsport. That being said, for an intermediate class such as R5, I believe that BOP would have a place. We’re not talking about the pinnacle of the sport, the WRC. In the premier class, if one manufacturer builds a better car, they deserve to win… end of story. However, in a class that was created to help young drivers develop alongside of gentleman drivers who are spending some (a lot) of their money on rallying, an exponentially increasing development curve will be very harmful. BOP might be an answer to this problem. One drawback of BOP is that in the unpredictable sport of rallying, it will be very difficult to fairly balance these cars. Rally features infinitely more variables than circuit racing, and when these variables are considered, it would make BOP an absolute nightmare. How do you balance performance between cars that compete on ice, snow, gravel, mud, and tarmac? How do you account for the different characteristics of roads around the world?

Instead of BOP, another concept that could be explored is a freeze on the development cycle of these cars. In order to keep manufacturers from churning out newer and more expensive R5 cars each year, the FIA could limit development to an arbitrary cycle, for example 3 years. Here’s how it would play out. Once a manufacturer homologates an R5 car, development is frozen a set period of time. If the FIA so chooses, they could allow one cost-controlled upgrade package to be supplied between seasons, but other than that, the cars will remain exactly the same as they were homologated. If a privateer driver was guaranteed 3 years of competitive use when they acquire an R5 car, it would certainly cut down on the financial “moving treadmill” effect of constant development. This is a double-edged sword however. What if one manufacturer really gets it wrong with their design? That means that even if development is frozen across the class, everyone will eventually gravitate towards whatever car is the overall best package. Manufacturers will suffer because they won’t be able to rectify their mistakes, and privateers will still spend exorbitant amounts of money trying to get their hands on the best car. We’d end up seeing R5 turn into a one or two make championship.

As you can see, neither BOP nor development cycle freezes are perfect solutions. Each come with their pitfalls that could be damaging to the sport of rallying. There is, however, another option that might be the best compromise. That would be the introduction of a two-tiered R5 class. Several sports car championships have gone this route to address these same issues. In this situation, even though everyone in the field is racing the same class of car, there are subdivisions within the championship. For the sake of argument, lets say there would be two categories: a gold class and a silver class. The silver class would be designed for drivers who are young or have limited budgets and be restricted to cars that were at least 2  years old. The gold class would be open to privateers with the resources to run the newest cars, or manufacturers fielding semi-factory efforts… for example Skoda. The silver class could offer some type of performance balancing to ensure a level playing field. In addition, the fact that it would be limited to older cars would essentially implement the “development freeze” that I mentioned above. While having “two classes within a class” could get confusing, it might very well be the best alternative to deal with the rising costs of R5.

To prove this point, I want to close with a bit of a hypothetical case study. Let’s take a look at our newest ERC Junior champion, Chris Ingram. As his prize for winning the ERC Junior Championship with Opel (a semi-factory effort by the way), he has received 100,000 euros to put towards an R5 campaign in 2018. The cost to run an R5 car on an international (WRC or ERC) rally lies somewhere between 25,000 and 50,000 euros when you consider pre-event testing, entry fees, service crew, spare parts, and insurance for the car. That’s before you even factor in crash damage incurred during an event. What’s a guy like Chris Ingram to do? He has two choices really. He could take that 100,000 euros and chase after the best possible R5 car to ensure that he would have the greatest opportunity for success. That might only get him one or two rallies, so that puts a ton of pressure on him to make a big splash with very few opportunities to do so. We all know how unhelpful this scenario has proven to be for young drivers. Or, he could spend that 100,000 euros on an older mediocre car and perhaps get 4 or 5 rallies in before he burns through the prize money. He would certainly gain more experience, but in an older car, he’d have little chance of being competitive with drivers in, for example, the new Polo R5. The implementation of a two-tired class structure in the R5 category would give a young guy like Chris the opportunity to get his feet wet in an older R5 car while spending less money. In a hypothetical silver class that would be limited to cars that were 2 or 3 years old, he could compete with drivers of a similar experience level in relatively comparable equipment. If he succeeded in this class, he could in theory take that prize money and graduate to a newer car the next season and compete in the gold class. Such a system would help alleviate the huge financial chasm that currently exists between the R2 and R5 classes in rallying. It would certainly take a few years to put such a class structure in place, but for the overall health of the sport, it might be the best option currently available.