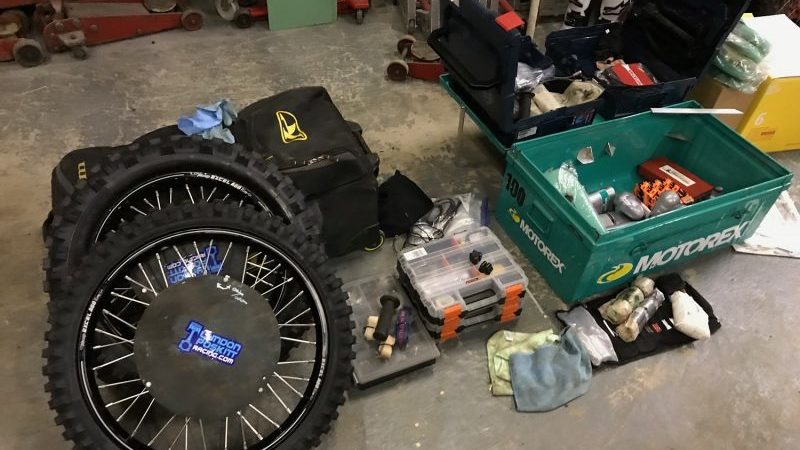 Yesterday, we took a look at the navigational aspects of the Dakar Rally. After watching that clip, I began to develop an interest in the bike category of the rally. It boggled my mind how the riders could keep one eye on the roadbook and CAP (compass) heading, and another on the obstacles and hazards they are passing over, often times at high rates of speed. Being a rally enthusiast, I always tended to gravitate more towards the cars when I followed the Dakar Rally. At the end of the day, they were the closest comparison to the cars I know and love in the WRC. However, in reality, the real heroes of the rally are those on the bikes. These riders are constantly having to keep an eye out for every rock, bush, or ditch on the route. An obstacle that a car driver could pass over without giving a second thought could end a rider’s race, career, or even their life. When I was wandering around the internet trying to find more content on the riders, I came across this documentary. It tells the story of the “Malle Moto” riders, a subset of the larger motorbike class that are even more bonkers than those riders on the factory supported teams. Translated into English, Malle Moto is “trunk and motorbike”. I’m going to leave it at that and let this incredible film take it away and explain the rest. I hope you’ll enjoy this one as much as I did.