After the conclusion of Rally Sweden 2 weeks ago, there were some rumblings about the deteriorating road conditions on the stages, especially on the 2nd pass for the WRC cars. Last week, it came out that a few of the WRC drivers and team managers were laying the blame squarely on the historic rally that ran parallel to the WRC event. In response, the organizers of Rally Sweden issued a statement that they were not concerned with these comments and had confidence in the full support of the FIA. Now, one week later, it has become clear that the FIA might take a closer look at the situation for 2020. The FIA’s rally sport director, and former Citroen team manager, Yves Matton, insinuated this week that the inclusion of the historical rally could be called into question as the future of Rally Sweden is evaluated. Matton’s comments seem quite mild when compared to those of the WRC drivers who claimed the historic rally “ruined” the road and the competition for them.

Really??? “RUINED”??? I love the WRC, and yes, as the pinnacle of the sport, I do believe that it deserves to run on high quality roads, but come on… RUINED? I get it that conditions were less than ideal. I understand that the gravel was exposed and deep ruts were being created where slush and water could collect and make things treacherous. However, some of these comments from the drivers and teams are quite frankly rubbish and have a strong stench of entitlement and elitism. Rallying is one of the only sports where the stars of today share the same “playing field” with teenage upstarts just beginning their careers and aging veterans in their twilight years. It’s one of the things that makes rallying so special, and I believe that comments about the historic rally “ruining” the WRC event are not at all in line with the inclusive spirit of rallying. Let’s dissect these claims a bit, and hopefully you’ll understand why I feel so strongly about this.

Rally winner Ott Tanak is quoted as one of the more outspoken voices in this debate. He claims the the historic rally “hurts the road, the competition, and everything.” His suggestion is to run the historic cars after the WRC crews have had 2 passes through the stages so that they don’t “ruin” the roads for the WRC cars. OK Ott… I’m rolling my eyes at you a bit on this one. Do you actually believe that a bunch of RWD Escort’s, Volvo’s, and Opel’s are the primary reason that the stages broke down? Could it have maybe… just maybe… been the 14 WRC cars digging into the road with all wheel drive, studded tires, 380 hp and 450 Nm of torque? Or what about the 29 R5 cars that followed with about 290 hp and 420 Nm of torque? No… it couldn’t be them, right? It must be those ferocious Volvo 240’s with a little over 100 hp that are tearing apart the pristine roads that you feel you are entitled to as a WRC driver in 2019. I somehow find it hard to believe that Stig Blomqvist was complaining about other cars “ruining” the road for him after he won the 1973 Rally Sweden that lasted 4 days and spanned 760 competitive kilometers. I’m sorry Ott, you’re one of the toughest, most ruthless, and utterly determined drivers in the WRC today, but these comments make you appear a bit soft. Besides… you still won… didn’t you? 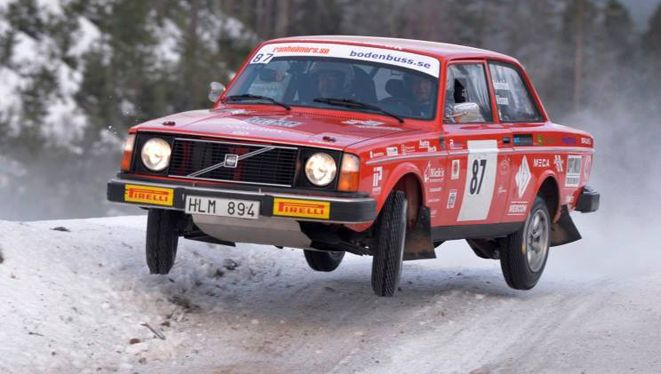 Secondly, even if the historic cars were the primary culprit in the deterioration of the stage conditions (which is highly unlikely), a modern WRC car is still far more capable of handling treacherous ruts than a 30-40 year old rally car. The suspension R&D budget alone for a WRC team is at least 20 times the cost of a decent historic rally car. If any car “deserves” to run on smoother roads, it would be the historic cars that don’t have the benefit of 21st century suspension technology to handle the ruts. I for one see value in these cars continuing to compete in their natural environment in front of the large audience a WRC rally attracts. If they get dropped to the back of the running order, and have to compete on roads torn up by 2 passes of WRC cars, their owners will not continue to assume the cost and risk associated with running them. As a result, these cars will be relegated to garages, sheds, and museums. Is that what we really want?

Lastly, there are far more factors at play in the difficult stage conditions for the WRC cars than just the running of a historic event within the WRC rally. What about the juniors? Those cars have plenty of torque through their FWD transmissions and create far different lines than the WRC cars, but I haven’t heard any complaints about them taking part in the rally. Also, let’s just be realistic and state the obvious that the weather wasn’t great for the event this year. Maybe it’s global warming, or maybe it’s just bad luck, but the last few iterations of Rally Sweden have been held under a cloud of uncertainty regarding melting snow and degrading roads. Maybe a date or location change needs to be considered? Either way, I feel that for certain individuals within the WRC bubble, using the historic rally as the scapegoat for an unfortunate situation is a low blow and not at all beneficial to the sport of rallying as a whole. Dare I say it, but this behavior almost sounds a little “F1-ish” (If you know what I mean). 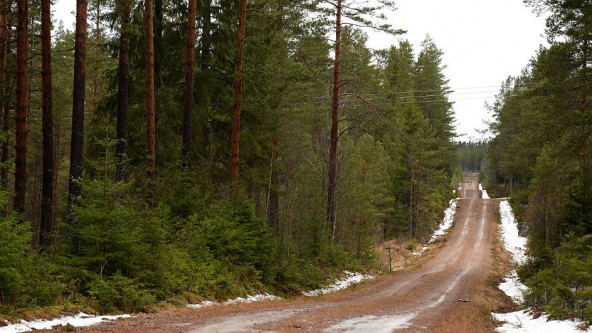 It could have been worse… remember 2016?

Rally Sweden depends on the historical entries to keep the event’s finances balanced and I believe its organizers were right to snub these ridiculous claims. In addition the fans who stood in the forests braving the cold deserved to have something to keep them entertained between the 2 runs of the WRC cars. The historical cars certainly satisfy these needs quite nicely. I know I’m sticking my neck out on this one, and at times I certainly used hyperbole to get my point across. However, I’m wondering, does anyone else out there share my opinions on this issue? Please drop us a line in the comment section below or on Twitter or Facebook. I’m curious to see what kind of a debate this might set off!