Has Thierry Neuville Cracked the Code? 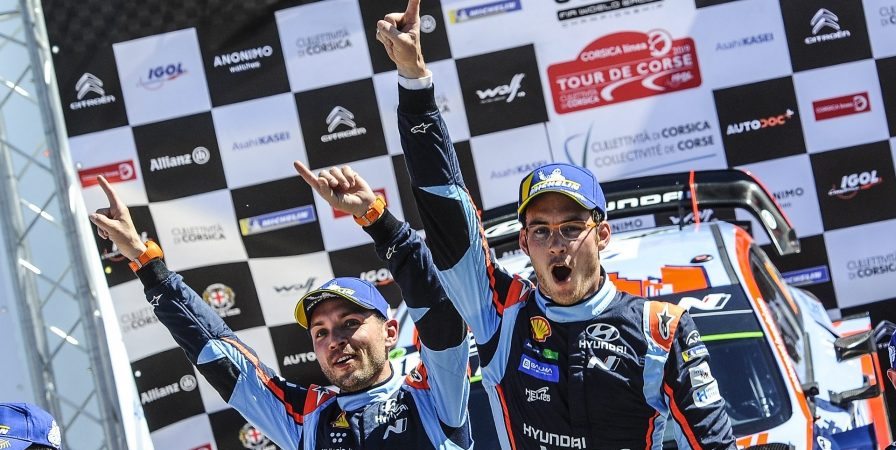 It’s no accident that Thierry Neuville is leading the driver’s standings as the World Rally Championship rolls into Argentina this week. Despite Sebastien Ogier’s dominance over the past 6 years, this is not entirely new territory for Neuville. He’s led the championship before… both in 2017 and 2018, and both times he let it slip away. However, when it comes to the way that Thierry has obtained his lead in the 2019 season, something feels distinctly different this time around. Unlike in past seasons, this championship lead hasn’t been characterized by moments of brilliant speed interspersed with DNF’s caused by mental lapses. Instead, Thierry has capitalized on his opportunities, mitigated his losses, and taken a measured and steady journey to a slender championship lead heading into Argentina. Neuville’s approach to the 2019 season has been unlike anything we’ve seen from him before. In fact, it’s been… dare I say it… a bit “Ogier-esque”.

Let’s go back to Monte Carlo where Thierry missed a tricky left hand junction on SS6. When that happened back in January, I read quite a few comments about how this was more of the same from Thierry Neuville. Comments that he had once again suffered a mental lapse and folded under the pressure from Ogier. I’ve got to be honest and say that I saw that incident in a completely different light. If anything, this incident showed how far Thierry has come over the years. A younger Thierry would have tried to make that corner, under-steered, and sent the car over the drop on the right hand side. The result would have most definitely been a rally ending crash. Instead, in a split-second decision, Thierry opened up his hands and peeled off down the escape road to the right. Maybe he made a mental note of this corner on the recce, or perhaps it was all down to reflexes. Whatever it was though, in my mind, it showed evidence of a more mature Thierry Neuville. Yes, he lost about 20 seconds as he turned the car around and got back onto the stage, but he avoided any damage and lived to fight another day. If you remember, he actually finished that stage only 2 seconds down to Sebastien Ogier despite this excursion. Thierry may have lost the rally win with that incident, but his decision to bail out of the corner and save the car ultimately led to a strong 2nd place finish and a manageable 8 point deficit to Ogier to begin the season. 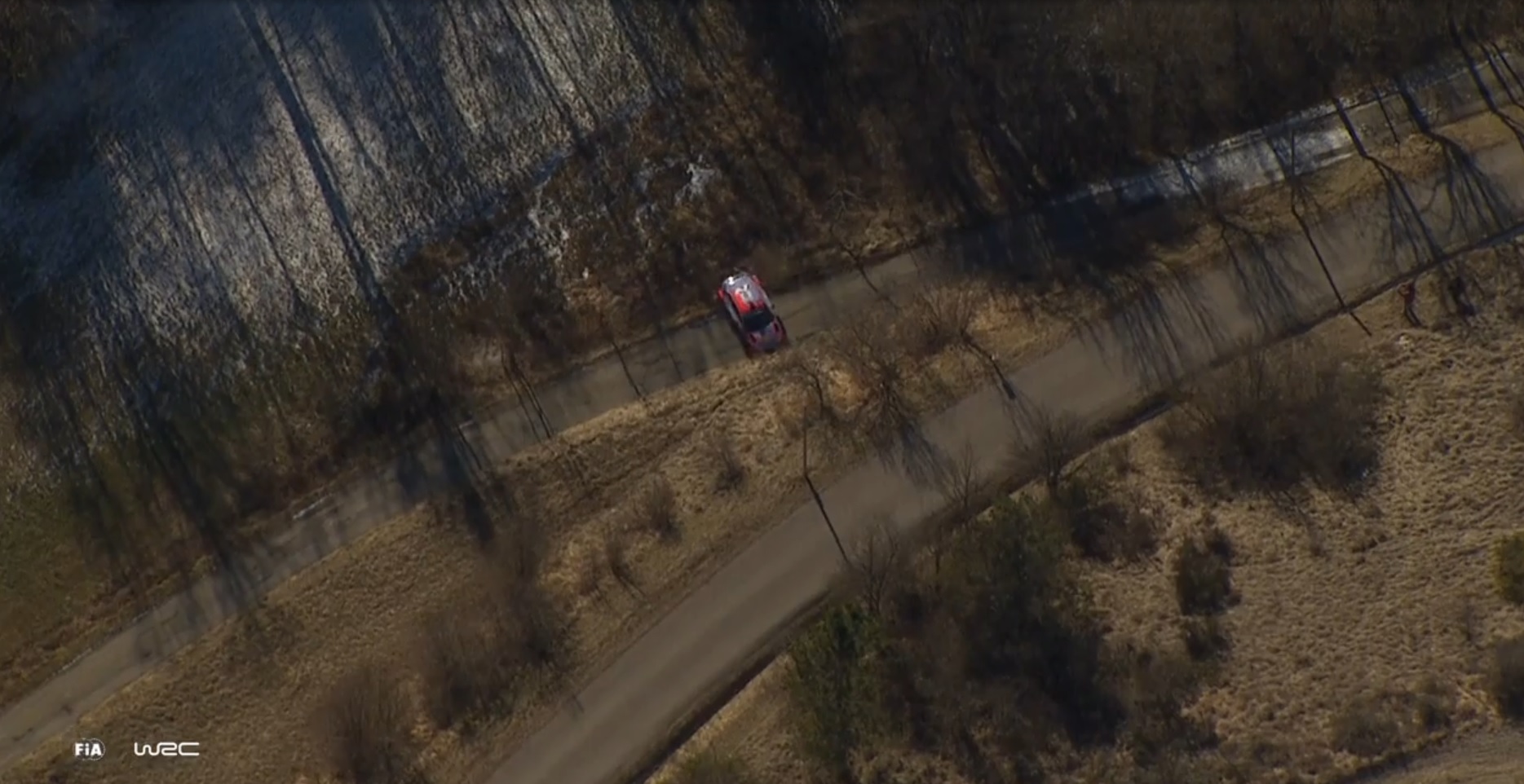 Moving on to Sweden and we again saw Thierry making the most of his opportunities and minimizing his losses. The event was a difficult one for Neuville, and at one point early in the rally, he was mired down in 8th place. The difficult slushy conditions just didn’t suit his Hyundai i20, and for most of the rally, he suffered with handling issues. The behavior of his car was a far cry from his experience the year before when he claimed a dominant maiden victory on the snow. However, Thierry hung in there and kept chipping away. While others slowly dropped away with time consuming excursions into the snow banks, he steadily climbed the standings. He even experienced a dose of “Ogier Luck” when he narrowly avoided getting sucked into a snowbank after a high speed spin. When the snow eventually settled, Thierry ended the rally with a podium and remained 2nd in the championship only 7 points behind Ott Tanak. Even more importantly, he remembered the lesson he learned in Finland back in the 2017 season. Do you remember that one? Seb Ogier crashed into a tree on the first day, but Thierry wasted a golden opportunity to capitalize and could only manage a 6th place finish. He made sure that mistake wasn’t repeated, and this time around, he made Seb pay dearly for his trip into a snowbank on Day 1. 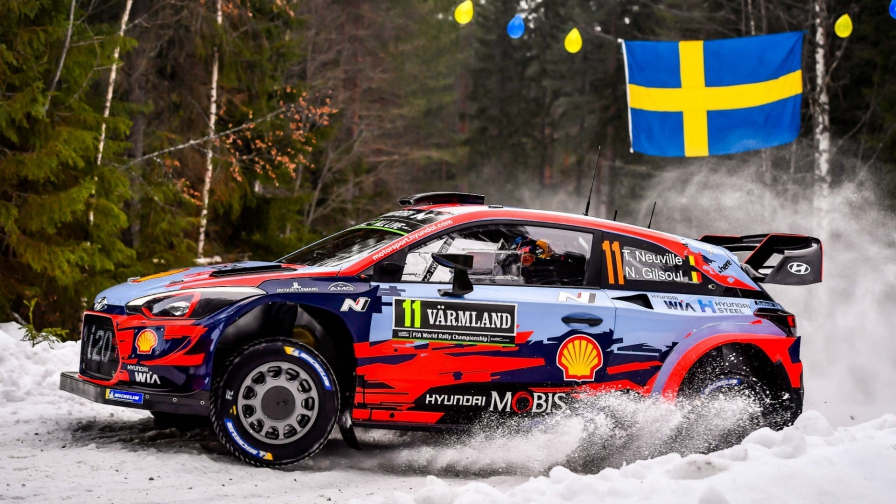 Mexico was another fight back rally for Neuville. He didn’t have a lot going for him that weekend in March. For starters, he was ill for most of the rally, and the baking hot weather conditions in the Mexican desert must have been close to impossible to handle. On top of that, he was saddled with an unfavorable road position to begin the rally, and on the first stage of Friday morning, he suffered a puncture. As soon as the rally had begun, a win was already out of the question for Thierry. As much as his resiliency and persistence in Sweden impressed me, Neuville’s gutsy performance in Mexico made me respect him that much more. It was clear from the stage end interviews that he was on the ropes. He was feeling sick, the car wasn’t handling well, and due to his puncture on Friday, he was forced to run towards the front of the road order for the rest of the rally. Despite the adversity that he was facing, Thierry stayed mentally tough and hung in there to end the rally in 4th, only 1:27 off the eventual rally winner, Sebastien Ogier. Hey may have dropped to 3rd in the championship, but his resiliency in Mexico meant that he was still definitely in the hunt.

And then came Corsica. We all remember how that one ended. Without doubt, Elfyn Evans had Neuville soundly beaten. If it wasn’t for a loose rock on the power stage, the Welshman would have walked away with the win and Thierry would have come in 2nd. But unlike in past seasons, Lady Luck seemed to be smiling on Neuville, and as Elfyn limped home with a puncture to an eventual 3rd place finish, Thierry was in the right position to walk away with a victory and 27 points. Yes, luck played a role, but as Sebastien Ogier has taught us over the past 6 years, you need to place yourself in a position to capitalize when luck does fall your way. Thierry Neuville did exactly that in Corsica an he was rewarded with a surprise rally win and the championship lead.

So, what’s to be made of all this? I’m going to make that case that Thierry Neuville might have finally learned the winning formula from Sebastien Ogier. Since the current WRC formula was introduced in 2017, Thierry has arguably been in the fastest car with the most well-funded team. Despite the blinding speed he’s shown over the past 24 months, he still couldn’t close the deal against Ogier even though he’s led the championship in each of the past 2 seasons. This year is different. In my mind, he’s not in the fastest car anymore. Toyota has snatched that advantage away. Despite this, Thierry has managed an average finish of 2.5 over the first 4 rallies and so far, he’s been the most consistent finisher of the top 3 championship contenders. He hasn’t achieved this championship lead with outright speed. He’s done it with intelligence, resiliency, and the ability to mitigate loss and capitalize on good luck when it comes his way. If he can keep this pattern going in 2019, Thierry Neuville might finally crack the code to unlock a WRC championship.