A Little Bonus WRC All Live This Weekend! 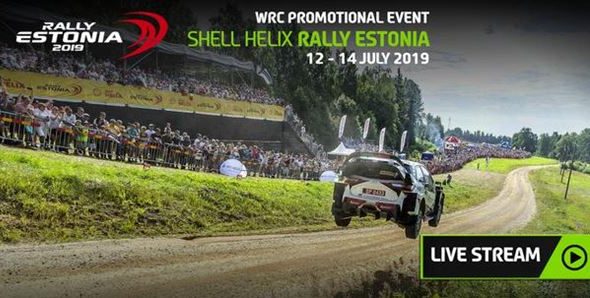 This might not be news to some of you, but it certainly was news to me. In the time since Rally Sardinia, I have drifted away from the WRC news scene a wee bit. I figured that around the week of Neste Rally Finland, I’d get back into the swing of things, catch up on any tidbits of news over the summer break, and gear up for the 2nd half of the season. However, as I was browsing the motorsport calendar, I saw that Rally Estonia is going to be running their candidate event this weekend. As I began to investigate the event, a few link clicks further brought me to the WRC website where I discovered that WRC+ is going to be providing some bonus live coverage of the event on Saturday and Sunday. I’ve got to say that this is quite a pleasant little surprise! Rally Estonia is perfectly positioned in the middle of the mid-summer break to provide a little extra shot of rallying to hold us over until Finland. 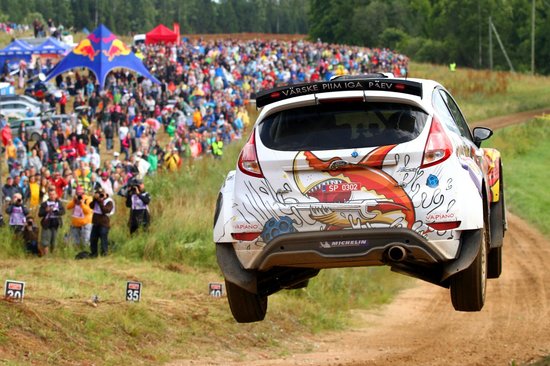 Even if only some of the WRC stars are going to be running this weekend, there are still plenty of story lines to follow. First, we’re going to get to see Craig Breen’s first competitive go in the Hyundai i20 WRC. I can’t wait to see how he does especially in comparison to Andreas Mikkelsen who is also competing in an i20. I’m a huge fan of Andreas, and I really want him to succeed, but let’s be honest… how nervous do you think he will be this weekend? Craig is coming in with a whole lot of momentum from his recent success in both the Irish and Italian championships. I’m certain he’s heading out there to prove that he belongs back in the WRC. Andreas better be looking over his shoulder! In addition, with only 6 current spec WRC cars running, we’re going to be treated to a lot more R5 action than we usually get on a typical WRC rally. It’s going to be interesting to see how the top Estonian drivers fare against the likes of Teemu Suninen, Oliver Solberg, Takamoto Katsuta, and Nikolay Gryazin. Lastly, it’s going to be great to check out the Estonian roads. Other than the reckless spectators, I really miss the flat out stages from Rally Poland, and I’m hoping that Estonia might fill that void a little bit.

That’s not all though! In addition to seeing some of the current stars of the WRC out on the Estonian stages, we also get to see the return of a legend. That’s right, for the first time in what feels like forever, Markko Martin will be back behind the wheel of a WRC car! I know he probably won’t bother the current drivers at the top of the leaderboard, but I think Markko might still have it. As far as WRC legends returning in 2019, Marcus Gronholm didn’t necessarily set the bar very high in Sweden, so I don’t think Markko needs to worry much. I’m curious though if at some point, his competitive nature takes hold and he stops driving “for fun” and tries to have a bit of a push. Whatever he does though, it’s going to be fantastic to see him back in action. I feel like somewhere, “Beef” is going to be watching Markko this weekend and smiling.

So, if you had nothing planned for this Saturday and Sunday, now you’ve got something to do! Also, it’s super generous of the WRC All Live team to bring us this bonus coverage. They work as hard or probably harder than the competitors throughout the season, and they deserve a mid-summer break as well. For them to go back to work and bring us a taste of the action in Estonia while the rest of the championship is taking some time off is a pretty cool thing.