I Just Push The Button

I know that the last time you heard from me, I didn’t leave things in the most positive way. With the heaviness of all the unfortunate news coming out of the WRC weighing me down, I definitely left things on a somber note. With the confirmation of Michelin’s departure from the championship this week, it would have been easy to write something that continued that bleak and dreary tone. But it’s the holidays… a time to look back on the past year with fondness and towards the future with hope and optimism. Thanks to film director, Bartosz Rusiecki, I think I’ve found exactly the thing to break me out of my post 2019 rally doldrums and I hope it will do the same for you.

It’s called “I Just Push The Button” and it is a little film that kind of crept up on me. I first became aware of its existence a few weeks ago when a trailer for it came across my YouTube homepage and caught my eye. At first, I assumed that it was just another one of those well put together, but all too common pseudo-cinematic rally fan videos that litter the internet. The last thing I was expecting was a proper, artistic, and professional short film about the discipline of rally photography. From the very first moment the trailer flashed across my screen, I had a feeling that this was going to be something special. However, a good trailer can make any film seem better than it really turns out to be. So, it was with cautious optimism on Friday evening that I clicked the play button and settled in for the 30 minute film.

Within seconds, I was riveted to the screen. The very first scene featured gloomy early morning shots of the Elsi stage on Wales Rally GB. In an instant, the opening image of a typical muddy Welsh forestry road curving away past a pile of logs with a telegraph pole in the distance sent chills down my spine. It was this very spot where I stood on a tree stump just a few months ago on the opening day of Wales Rally GB . Huddled under my umbrella, I sipped a thermos of lukewarm tea while trying to hide from the driving rain as Hurricane Lorenzo made landfall in North Wales. That one scene made the memories come flooding back. From that moment, I knew that this film was going to be just as special as I hoped it would be. Why? Because it captures in a way I’ve never seen before, the feeling making the pilgrimage to the stages to capture on film, moments of the sport we love so much. It shows the early mornings in the deserted hotel lobbies, the long line of headlights leading to the stages, the sometimes atrocious conditions that we as lovers of rallying must endure to witness and try to document what we know is the greatest motorsport spectacle on the planet. It took me right back to that cold morning as I slipped and stumbled across slippery roots and fallen branches on my way to the Elsi stage in the early morning gloom. It reminded me why time and time again, I keep chasing this feeling of being stage-side on a WRC rally. 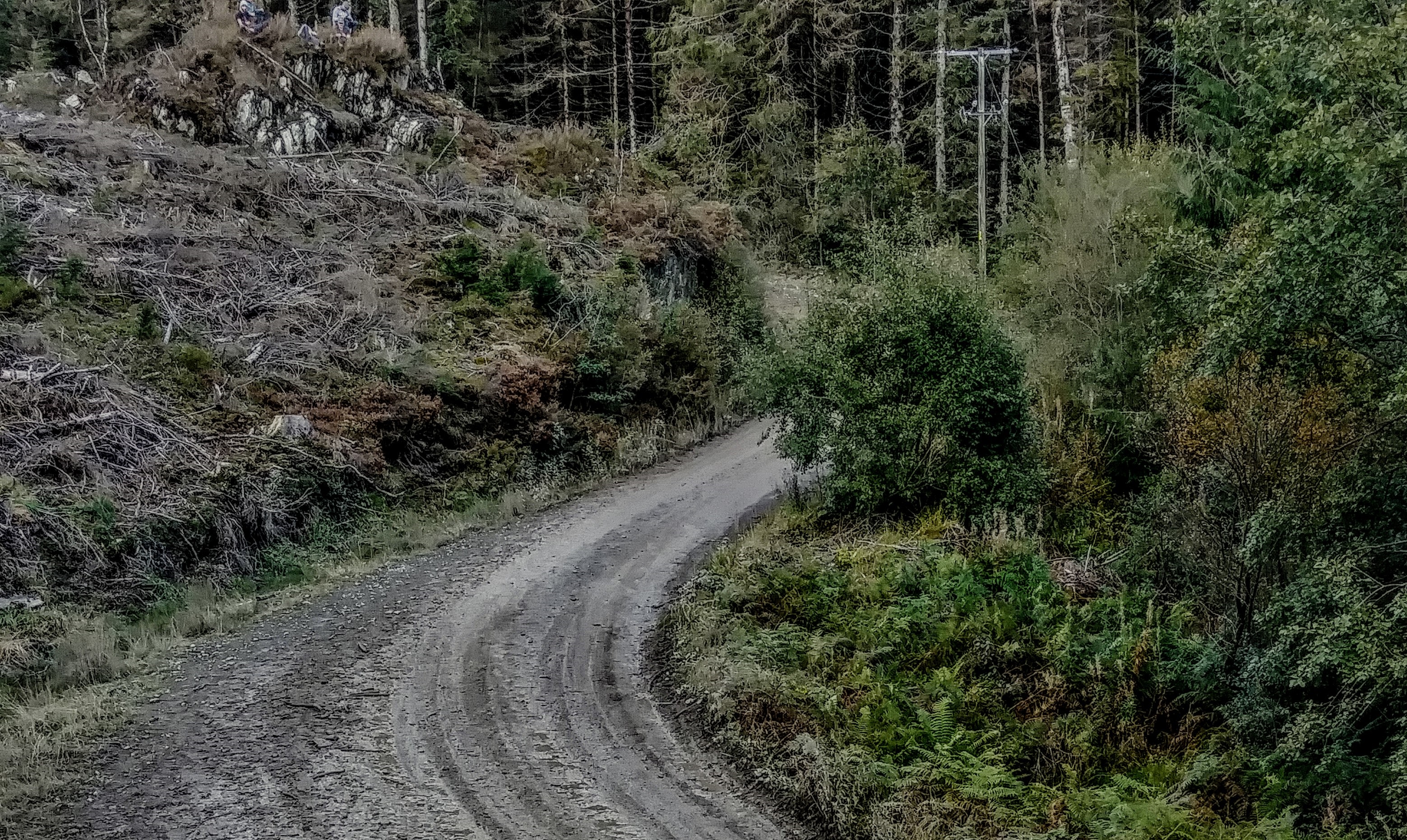 But what makes “I Just Push The Button” so special is that it isn’t just a film for rally enthusiasts. It’s a film for everyone about life lived well. It tells the story of people chasing their passion: having that one thing in life that gives them a feeling like no other and going out to find it no matter the cost. It’s a film about art and how true professionals have to fight to protect the integrity of their craft in the social media era when everyone with a camera thinks that they’re a photographer. It’s a film about community and how the traveling circus that is the WRC has been a family for so many people for so many years. For these reasons, it’s not just another rally movie. It’s a movie about life that can speak to anyone. It just so happens to use rallying to tell its story.

Yes, we’ve established that “I Push The Button” is a beautiful film, but perhaps the greatest gift that it gives us as rally enthusiasts is this. It is something tangible that we can hand to those in our everyday lives who ask us that age-old question: “Why do you stand in the forest for hours with the rain pelting down on you just to watch cars go by?” It does a better job of answering that question than any number of our feeble words ever could. It captures the passion we hold for the sport and presents it in a beautiful way that is impossible to ignore. It is a love story to rallying told by those who are closest to the sport and know it best. If there ever was a tool to show the general public how special rallying can be, this is it.

So, if you were feeling like I was about the WRC these last few weeks: maybe a bit disillusioned and pessimistic, I can’t recommend watching “I Just Push The Button” enough. It will sweep you away from the rumors, the poorly written social media posts, the broken dreams and disappointments that have littered the end of the 2019 WRC season. In 30 minutes, it will remind you all that is special about rallying and I guarantee that by the end of it, you will have fallen back in love. This is the way to close out 2019. Happy Holidays everyone, and here’s to a great new year and brand new decade of rallying in 2020!