Let’s Speculate, Shall We? 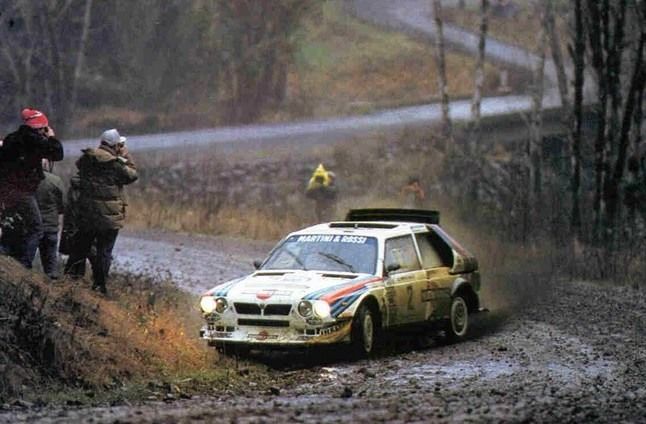 Alright, I’ve been ruminating over this topic for the past few weeks, but have been waiting for the right time to pull the pin and throw it out there. Before I go any further, I need to make it clear that everything you are going to read is speculation… a hunch if you will. I don’t have any inside sources, no juicy pieces of gossip, nothing firm to base this upon. In many ways, I’m probably putting 2 and 2 together to come up with 349. However, some of the developments that have taken place over the past few weeks, and more importantly the timing of those events have made me start to think. With the unfortunate weather situation in Sweden this past weekend, calls for the WRC’s winter rally to move to a location where snow is guaranteed, and FIA president Jean Todt’s comments about possible involvement in America, I can’t help but wonder… are we on the cusp of the American (Rally) Revolution?

Let’s start with the stuff we know actually HAS happened. A few weeks ago, I wrote a piece about Colin Clark taking his talents to the up-start Dirtfish Rally Website. In the span of just one month, Dirtfish doesn’t seem that “up-start” anymore. Just two rallies into the WRC season, and they have been churning out world class content non-stop. However, as if bagging Colin Clark wasn’t enough, Dirtfish went ahead and acquired the talents of one of the most well-known and probably best rally writers in the world, David Evans. Not to mention, Dirfish have entered into a sponsorship agreement with reigning World Champion, Ott Tanak. In the span of just about a few short months, Dirtfish have established themselves as the juggernaut of not just North American rally coverage, but the go-to outlet for rallying news worldwide. So, just to recap, two of the biggest names in rally journalism and the WRC champion are now aligned with an American-based internet… what do we call Dirtfish? It’s almost become a rallying brand, hasn’t it? It’s already moved past being just a rally driving school with a slick website. It’s quickly becoming an all-encompassing hub for rallying culture and lifestyle, coming from AMERICA of all places! Hmm… why might America need a rallying hub like Dirtfish? 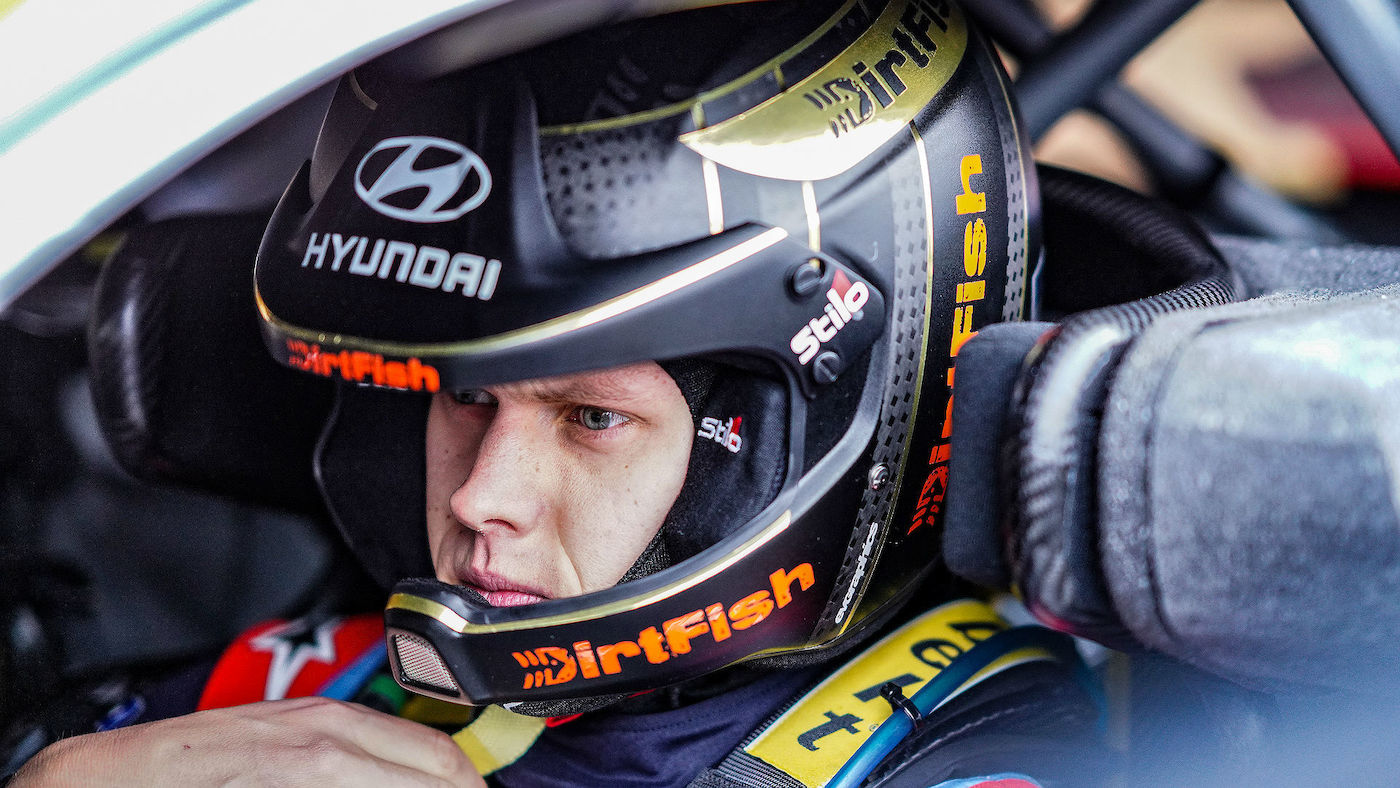 Jean Todt’s words from this past weekend about the WRC’s involvement in North America were, let’s say, a little ambiguous at best. However, what wasn’t ambiguous was his opinion of America’s potential to the FIA and auto manufacturers that has been, until now, untapped by the WRC. Rallying has existed in America for a long time, even if it’s been done a bit differently than in Europe. However, with the continued slow, but steady growth of the American Rally Association and their efforts to move the sport forward such as implementing proper recce’s on their events, the American branch of the sport is starting to align itself with the rest of the rallying world. It would seem, that for the first time, a true foundation for an American WRC event could be in place.

So, where could that event happen? The lack of snow in Sweden certainly stirred up discussion about America’s premier winter rally, Sno*Drift. It’s got the right roads and weather, but it’s based in Atlanta, Michigan which certainly isn’t the huge population center that the WRC has been chasing after. To put it in perspective, Coffs Harbor, the former home of Rally Australia, was dropped for being too small at a population of 75,000. How big is Atlanta, Michigan? Try 757 based on the last census. No, that’s not a mistake, I didn’t miss a few zeros. That’s seven hundred and fifty seven people. Huh. Based on that alone, it would seem like Sno*Drift would have no hope of becoming a WRC event. However, there is one big caveat, and that is what’s located about 3 hours south of the Sno*Drift rally. Any guesses? How about Detroit, Michigan, the “Motor City”, the one time global hub of automotive manufacturing. When this detail is thrown into the mix, suddenly things begin to look different. All of a sudden, Sno*Drift Rally starts to look like a gateway for the WRC to come into the spiritual home of the automobile. Yes Atlanta, Michigan is tiny. However, at just over 4,000 people, Torsby, Sweden isn’t much bigger, so clearly the WRC isn’t averse to building their Rally HQ and service park in a small town. 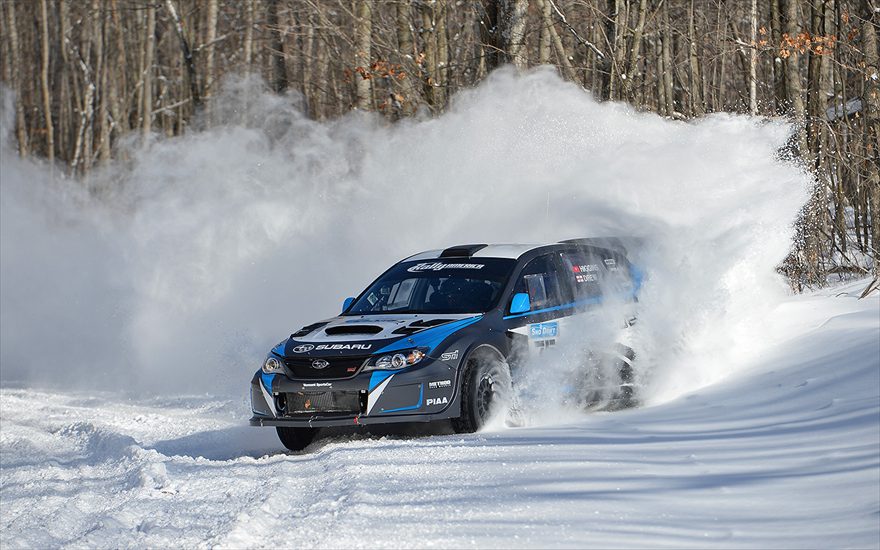 But Detroit is too far away from the Sno*Drift stages, right? Well, not really. Let’s look at other long haul transit sections in the WRC. In last season’s Wales Rally GB, Llandudno, Wales was a 2 hour 30 minute drive from the Hafren/Sweet Lamb complex. In Rally Monte Carlo, Gap is about a 3 hour 30 minute drive from Monaco. A few years ago, Rally Mexico transported the cars over 4 hours from Guanajuato to Mexico City for a super-special stage (albeit with a huge delay). So, the precedent has been set before. It can and has been done. Could you imagine a WRC super-special stage in Detroit followed by 3 days of snow stages in the northern part of the state? What a mouth watering prospect! It would be a huge undertaking, but it could happen. Putting the “minor” details of funding and organization aside, there is one catch, though, and this is that the road laws don’t allow for studded tires. As a result, the Sno*Drift rally has been run on snow tires without studs. Would the WRC go for this? That’s a big question mark. Yes, this is all speculation, but I don’t think it’s so far-fetched, do you?

Say the WRC didn’t want to bite at the Detroit, Michigan angle. There already is another American rally with true pedigree and historical significance. That’s the Olympus Rally which ran as a WRC event from 1986-1988. No, it wouldn’t be a snow rally, but it would satisfy the requirement of being within driving distance of a major population center in the form of Seattle, Washington. Also, who’s sponsoring this year’s Olympus Rally? Hmmm…

As if that wasn’t enough wild speculation though, I want to throw one more idea into the mix. For years, rumors have been flying around Subaru and their possible return to the WRC. It seems that the 2022 rules package might be the first opportunity in over a decade for this to be a possibility. So, say Subaru did choose to return to the WRC, who could run their team? Would it be Prodrive again? Maybe, but how about Vermont Sportscar? That’s right, I’m talking about the base for Subaru’s American rallying efforts over the past decade. They’ve just opened up a new facility in an industrial park in Milton, Vermont. That doesn’t sound like a great place to base a WRC team, but think about what Tommi Makinen did with Toyota Gazoo WRT. There were plenty of people who said he’d never be able to run a successful WRC team out of an industrial park in Finland. Well, we have all seen how that ended up. If Tommi can do it in Finland, could Lance Smith do it in Vermont? There certainly are some great gravel roads up there that could be used for testing. Once again, like Sno*Drift, it’s a big ask, but could you see it happening? Also, on this topic, things have been weirdly quiet surrounding Subaru Rally Team USA lately. We still haven’t heard any of their plans for the 2020 season. Could things be happening behind the scenes that we don’t know about? They already have a relationship with a guy named Oliver… what was his last name… Sol… something? In 2022, he’ll be only 20 years old, but with three years of AWD rally experience under his belt between R5’s in Europe and the Subaru in America. Could Oliver Solberg play into the mix for Subaru and their possible WRC plans over the coming years? Just a thought… So, I’m going to leave it at that. Like I said, this is wild speculation and nothing more. However, I do this for free and I’m not a real journalist, so I get the chance to dream and speculate a bit. What are your thoughts? Is this all a load of rubbish, or could any of this actually happen? Sure there are a lot of seemingly disconnected moving parts, but if we take a step back, could they all be playing into one another? Are the seeds for an American Rallying Revolution being sown as we speak?