Rally Turkey Is Just What The Modern WRC Needed

When Rally Turkey appeared on the 2018 WRC calendar, the first thing I sarcastically thought to myself was, “Great… another gravel rally, that’s just what we need.” I really doubted that this rally could differentiate itself from the likes of Mexico, Portugal, Argentina, and Sardinia. I mean, it’s another dry, dusty rally up in some remote mountains… how unique could it really be? It seemed to me that the championship would have been much better served by the addition of one more tarmac rally. I am so pleased to admit that I couldn’t have been more wrong. Rally Turkey has provided the missing piece that has been absent from the modern WRC for quite some time: The “car breaker” rally.

Yes, Sardinia is tight and twisty. Mexico is dry and dusty with the challenge of high altitude. Argentina has areas featuring hard bedrock that can destroy a rally car’s suspension. But we haven’t seen a rally quite like this since the days of Cyprus, Acropolis, and the first iteration of Rally Turkey held in the Antalya region during the early 2000’s. The championship hasn’t featured a rally where every stage relentlessly batters the cars and crews from start to finish. Over the years, I’ve had some suspicions that the WRC might be getting a bit soft with a predominance of smoother, faster, and more flowing stages. Based on the carnage that unfolded over the course of the weekend, this might actually be the case. For the first time in a long time, drivers were forced to just point the car in the middle of the road, avoid boulders the size of footballs, and try to survive to the end of the stages. This rally harshly exposed the teams that have compromised durability for the sake of outright speed. I’m not saying that we need a plethora of rallies like this just as we don’t need more than one Rally Monte Carlo per season. However including a car breaking rally such as Turkey on the calendar only further cements the WRC’s reputation as the most diverse and varied form of motorsport in the world. In addition to adding much needed variety to the championship, the timing of Rally Turkey is absolutely perfect for the modern WRC. This rally is tailor made for the WRC All Live era. At times a decade ago, the car breaking rallies such as Acropolis and Cyprus could appear quite dull. Due to the destructive nature of the stages, and the high number of retirements, large time gaps tended to develop on the leaderboard. For example, both the 2003 and 2005 editions of Rally Cyprus featured more than a 4 minute gap between 1st and 2nd on the final results. We knew that somewhere out there on those harsh stages, dramatic stuff was happening, but we only heard about it second hand. Sometimes the 52 minute rally recap would show a few clips of the action, but more often than not, much of the drama took place away from the few WRC TV cameras placed out on the stages. We’d hear stories of crews struggling to patch their broken cars back together on the road sections, but we never saw any of it. Now, with the advent of WRC All Live, that has all changed. We now get to witness live picture of stuff like Thierry Neuville’s left front suspension slowly disintegrating as he limped to the end of SS8 and Sebastien Ogier trying desperately to repair his stricken car in time for the start of SS10. Even if there are large gaps on the leaderboard, we now get to experience all the drama and tension of seeing how those gaps developed. For the first time in the history of the championship, the untold stories of rallying are now being broadcast to the the world. 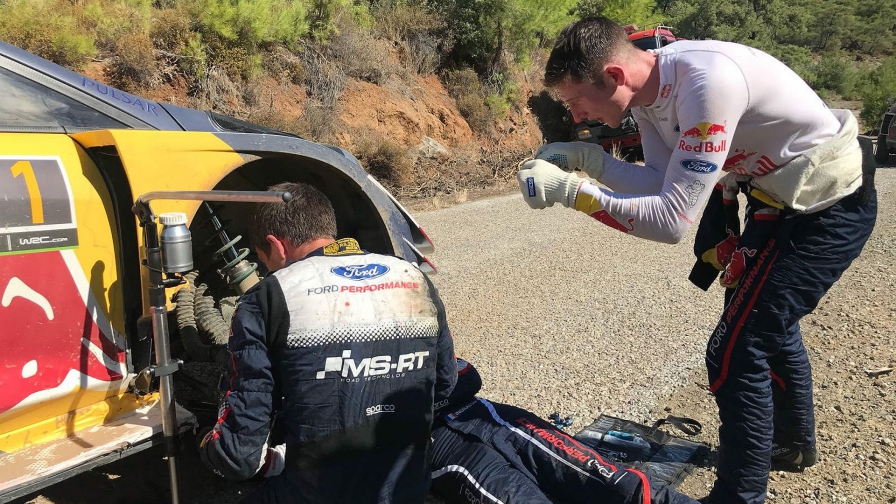 I don’t know how long Rally Turkey will remain on the calendar. For a variety of reasons, new rallies have always struggled to gain traction and remain on the WRC calendar for more than a few years. Will Rally Turkey go the way of Ireland, Japan, Poland, and Norway? Or will it become a fixture on the calendar for many years to come? Regardless of what happens to this new rally, it has made a case for the inclusion of at least one brutal car breaking rally on the WRC calendar each season. Let’s just hope that the WRC Promoter will come to this conclusion as well.